Chris and I love the Halloween Party (MNSSHP) at Disney’s Magic Kingdom.  We went for the first time ever last year and had such a great time that we knew we wanted to go back this year.  Last year we went as Iron Man and Pepper Potts, but no one knew who I was so I was really disappointed with my costume.  I was determined to wear something this year that people would recognize right away, but something that was also easy to throw together and didn’t cost us much money. 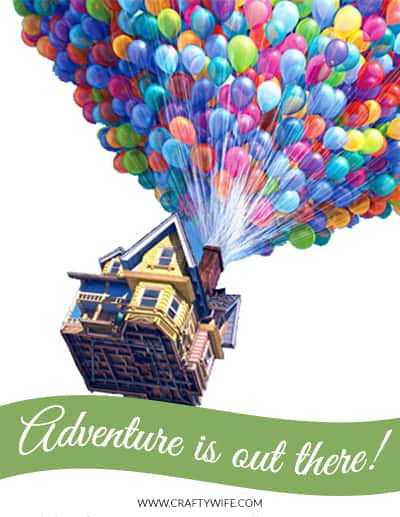 My inspiration came from one of my favorite movies: UP.  Chris isn’t a huge fan of the film, but he agreed that the costumes would be a good idea since we had most everything we needed at home.  The only thing I had to do to get ready for the costume was make my own Adventure Book, which was an adventure in itself (more on that later this week!). 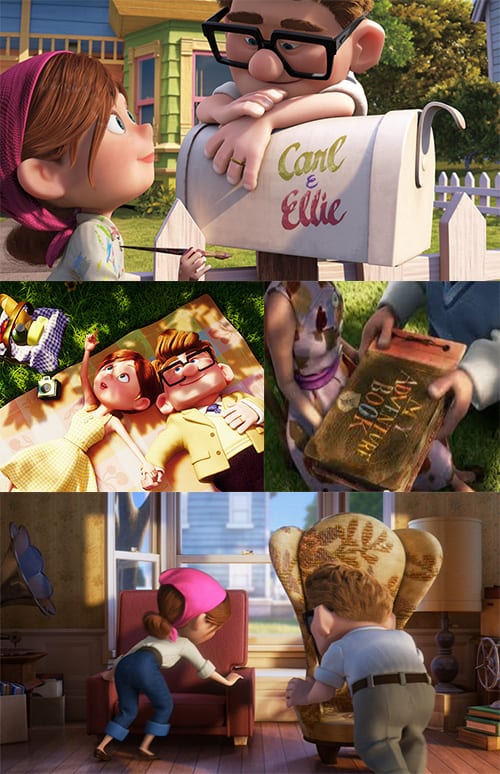 We had so many Cast Members comment on our costumes and even one guest come up to us and comment on how much he loved our idea.  Honestly?  It made my day!  Especially since no one knew who I was last year.

These costumes were so easy to pull off, and the entire ensemble was less than the cost of my Pepper Potts wig from last year (minus the adventure book).  We had most of the items at home, the only thing I needed for mine was the pink bandanna ($0.99 from Hobby Lobby) and Chris’s glasses ($5 on Amazon) and his yellow vest ($15 from Kohls).  We also splurged a bit and bought two pins to complete our outfits, because who is Carl without his grape soda bottle cap pin?

Now that we’ve gone two years in a row, here are a few tips for choosing a great Halloween costume for MNSSHP.

Have you ever been to Mickey’s Not So Scary Halloween Party?

I create easy-to-follow craft tutorials to help you build confidence with your Silhouette Cameo and make projects that bring you joy. END_OF_DOCUMENT_TOKEN_TO_BE_REPLACED