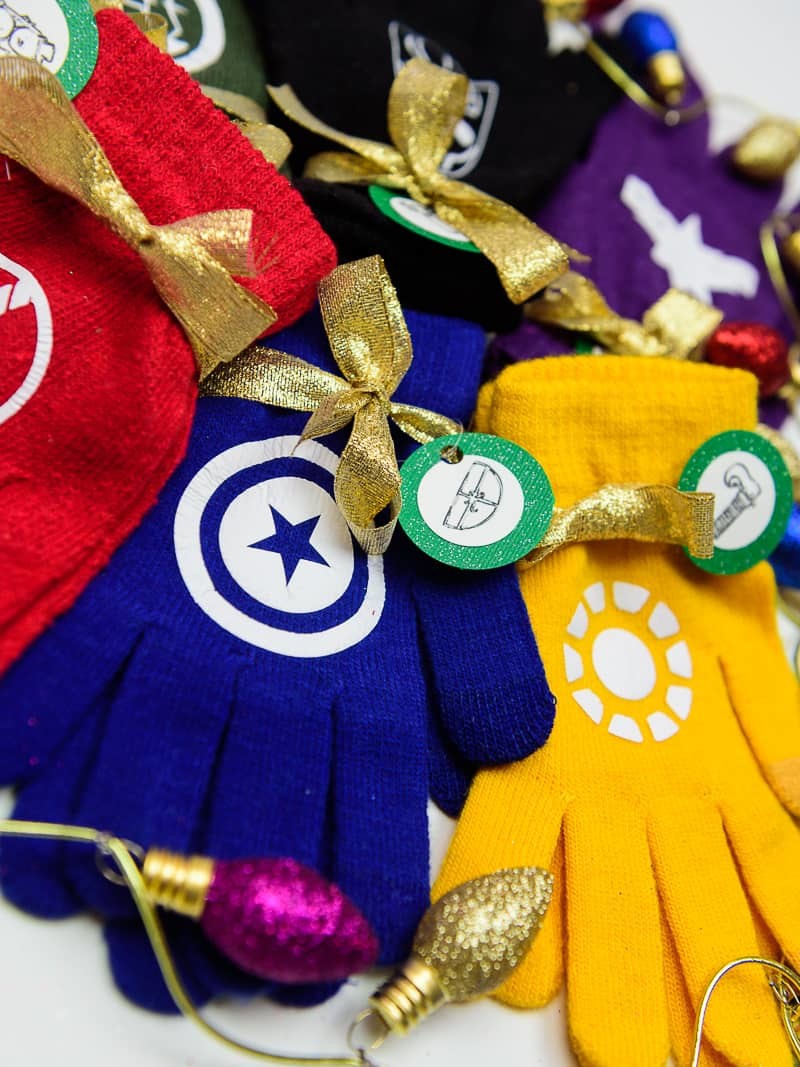 I don’t know about you but I am sitting on pins and needles waiting for this new trailer to drop.

After the heart wrenching end of Infinity War (I cried, I admit it) I have spent hours with Chris talking over the movie and trying to guess what’ll happen next.

And no, I never read the comics so I have absolutely no clue what is coming. I also told Chris to stay mum about it because I don’t want to know! 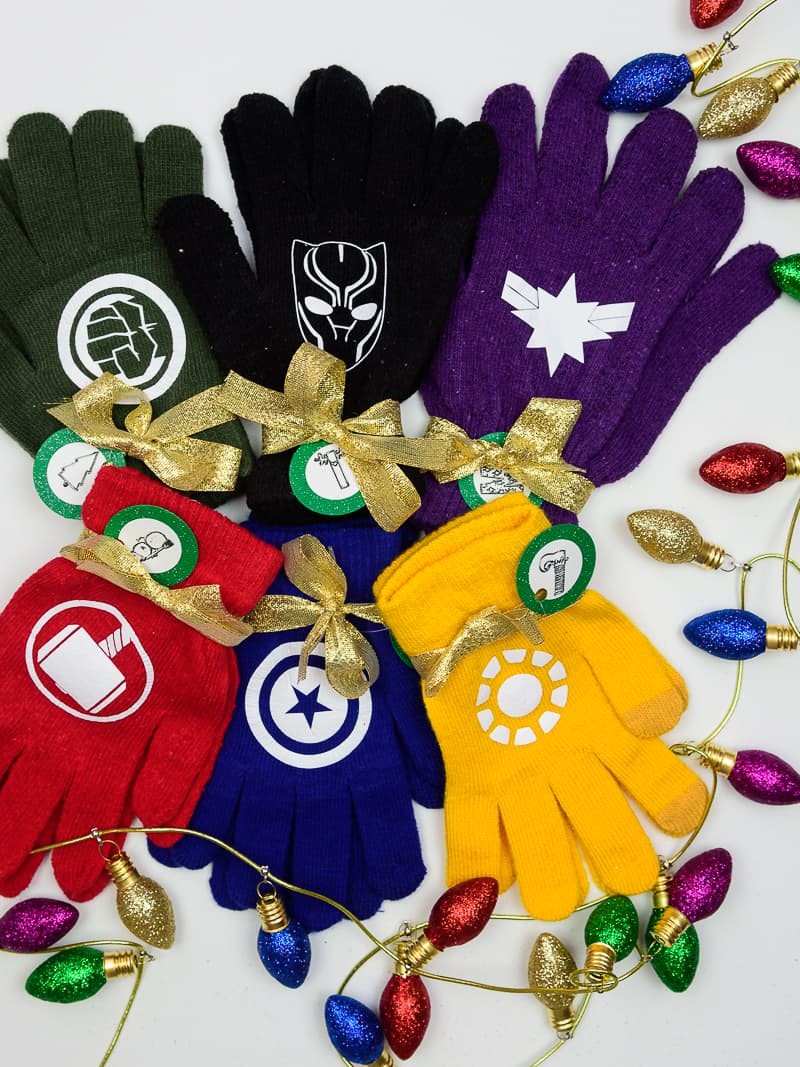 When I was growing up and wanted to go play in the snow my mom always made us put on two pairs of gloves. The first one would be the thin style gloves to keep our hands warm and then the bigger snow gloves would go on top to keep our hands nice and dry.

Though, my hands were always wet and cold when I came back inside. I never figured out how to not get snow in my gloves. ??‍♀️

We had our first snow a couple of weeks ago here in Virginia (before Thanksgiving, it was weird) and when Chris came back in from shoveling the snow his hands were red and cold. Poor guy. I thought I had more time to get him snow gloves, but I was wrong.

As I was feeling a little bad for him while he warmed himself up I remembered the trick my mom had to keep our hands warm when we were little. He’s getting some nice snow gloves for Christmas and now he needed a smaller pair for underneath!

Because I have Avengers on my mind and because it’s cold here I had a really fun idea to pick up a bunch of gloves from Target and the Dollar Tree and put the Marvel logos on them.

Just in time for the new trailer and the cold weather! 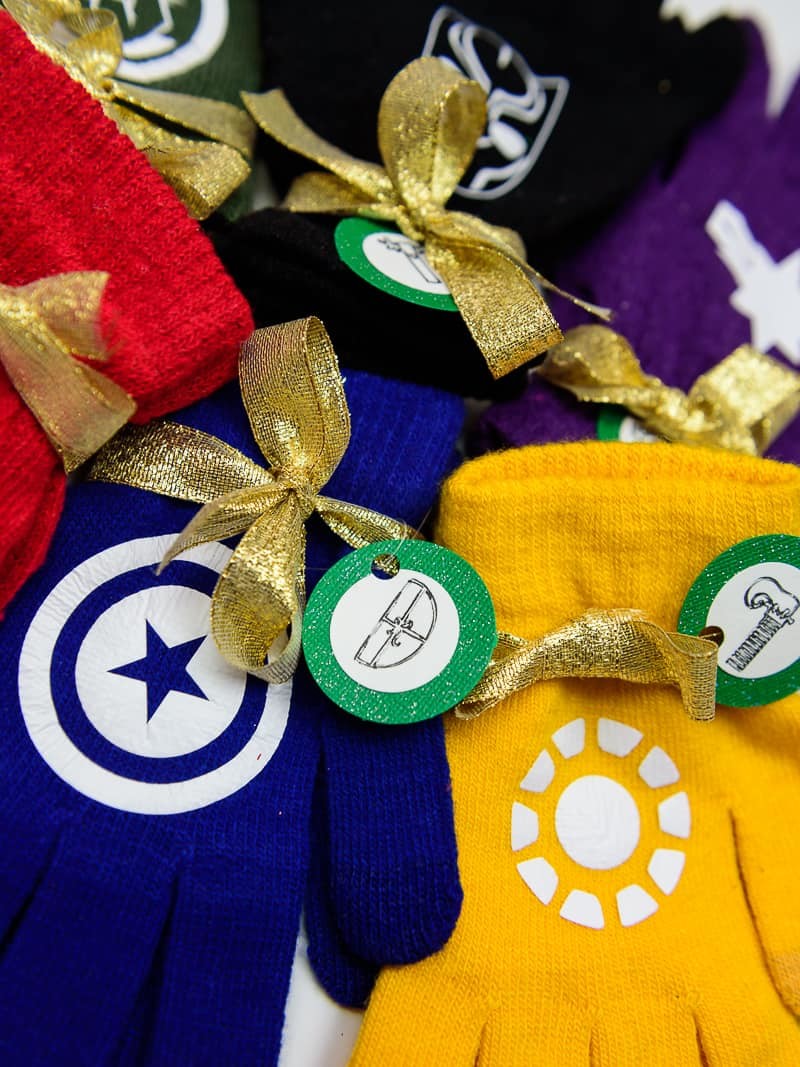 The cool thing about these gloves is that you can mix and match them. I wanted to put all the Avengers logo on the same hand and the character logos on the other so if you wanted to wear two different colored gloves you could!

I mean, you don’t have to but it would be pretty fun to wear different colors!

I also tried something different with them. Typically I just use Easyweed vinyl for all my heat transfer projects but this time I wanted to try flocked.

Flocked has a suede feel to it and looks like fabric from far away! I thought it would add a cozy look to the gloves and couldn’t resist.

It was also my first time working with the material and while I really like it I didn’t think it worked well for the gloves.

But….stripflock is stretchy so it’s a good material to use on gloves. If you choose to do so. 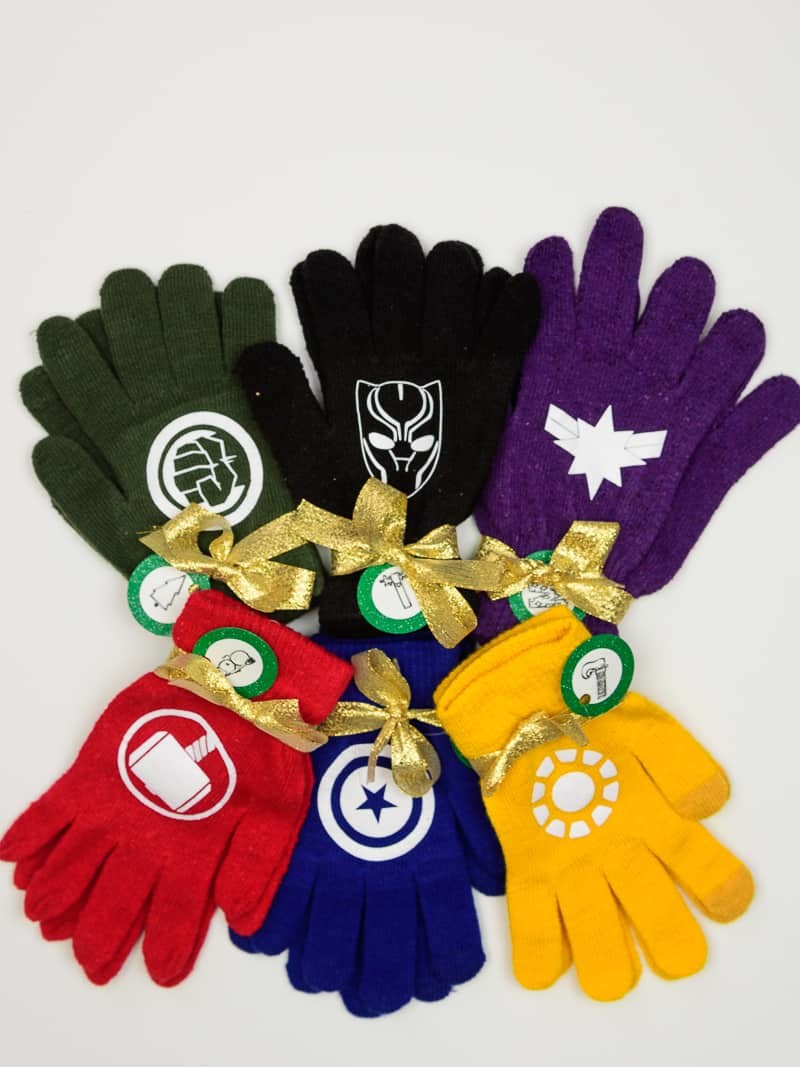 If you wanted to go a little more intricate with the gloves you could use multiple colors for the logos. I was going for simple and quick so everything is white. To me it looks more modern and minimalist having all the logos be white.

And keep in mind, Flocked vinyl does not come in all the colors you’d need. So if you wanted to do multiple colored logos you should use Easyweed. It’ll give the gloves a different look but they are still adorable!

These Avengers winter gloves are:

They seriously are the perfect stocking stuffer. For less than $5 for each pair of gloves it’s a cheap and easy gift to give. Plus, any Avengers fan will LOVE them!

And they’d even be a fun gift to use for this game (we played it last year at my in-laws and it was hilarious!). 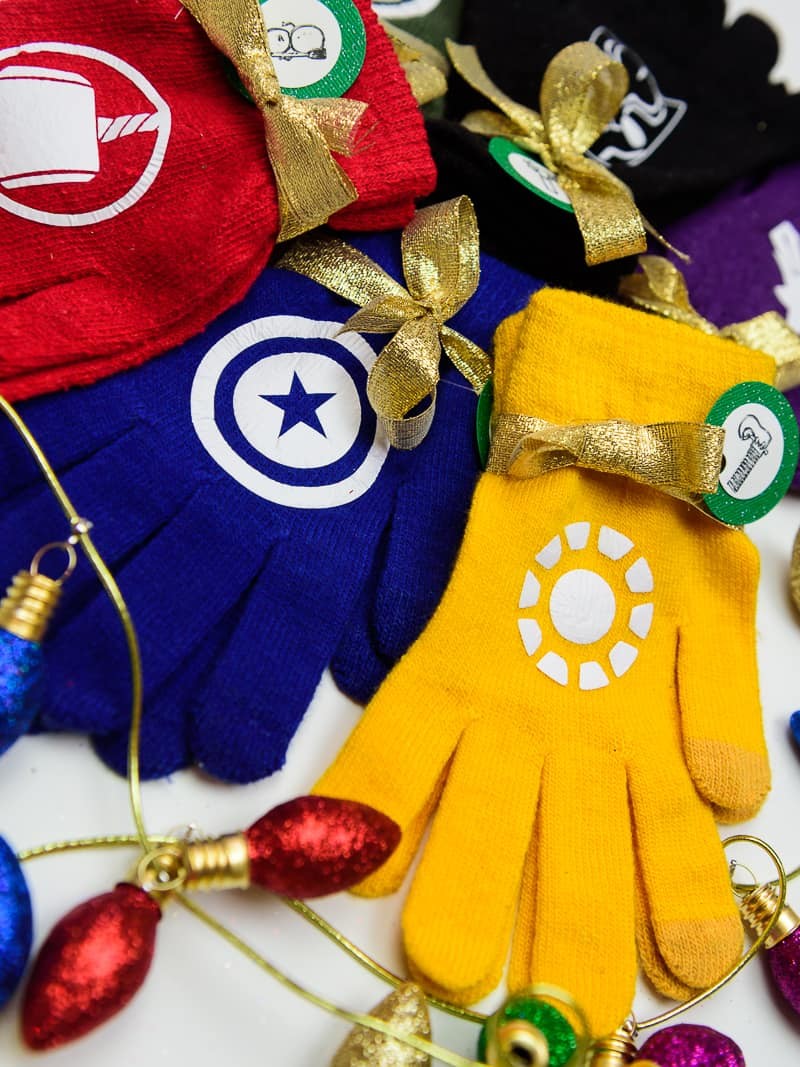 As an Amazon Associate and member of other affiliate programs, I earn from qualifying purchases.

Did you make this project?

Share it! Make sure to tag @simplymadefun or use #smfcrafts

If you need more quick stocking stuffer ideas, check these out!

I create easy-to-follow craft tutorials to help you build confidence with your Silhouette Cameo and make projects that bring you joy. END_OF_DOCUMENT_TOKEN_TO_BE_REPLACED