One of the many reasons Chris and I love staying on-property while visiting Disney World is because of their Extra Magic Hours (or EMH).  They also have morning Extra Magic Hours too, but for the purpose of this post I’m only talking about the extra night hours.  On certain nights, one of the four Disney parks will stay open a little later than all the rest (ranging from 10pm to 3am) to give guests who are staying at a Disney resort the opportunity to stay at the parks longer.  That means shorter wait times and less crowds.  I love Disney like that! 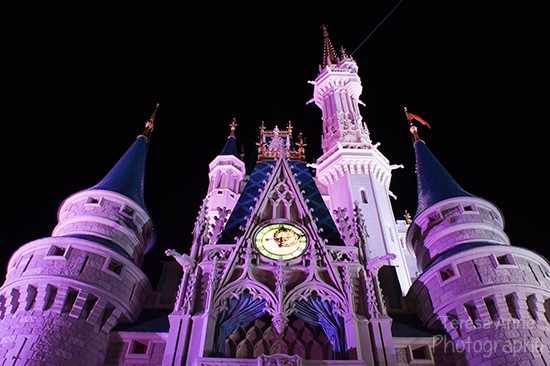 Disney after dark is probably my favorite time to visit the parks because I always feel like we’re able to get the most done.  Want to go on Ariel’s Under the Sea Adventure for the fifth time?   Want to walk over to Space Mountain and get on if it’s a 20 minute or less wait? Want to walk around and take pictures for a while and then go on Pirates for the third time? Done, done, and done.  Seriously, you can do so much in such a short amount of time it’s almost ridiculous.  But it’s awesome.

Here’s how Chris and I work it. 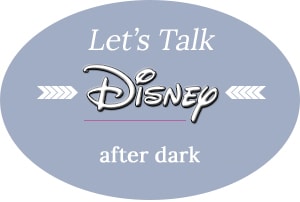 We always wake up a little later than normal on EMH days.  We take our time to get ready, eat at the resort, and then head out to the parks.  No rush no fuss.  On any given EMH day, we try to arrive to the parks anywhere between 2 and 5pm.  One benefit to arriving a little later is that most people with young kids tend to head back to their resorts for a little R&R before heading back to enjoy the fireworks and parades.  That means we have a few hours where things are a tad less crowded before everyone comes back to finish their night inside the parks.

Chris and I usually reserve our Fastpass+ attractions for around this time, so we can get a few good rides in before it’s time to set up for the parades and fireworks.  We try to miss the first parade, because it’s so crowded and we can always catch it the second time it comes around.  If you do that though, you won’t get a prime spot for fireworks.  Disney now offers fastpass reservations for certain fireworks areas (as well as prime parade spots), so if that is really important to you you should try to book that!  We’re not worried about prime spots unless I’m trying to take pictures, so this is rarely a concern for us.

After the first parade and fireworks, most people tend to head back out to the rides.  The parks aren’t closed until after the second parade, so a lot of annual pass holders are trying to get their favorite attractions in one last time before they leave.  This is the time Chris and I take to either eat dinner or walk around and take some pictures.  If there is a ride we want to go on with a short line we will go on it during that time, but I usually like reserving this time for people watching and picture taking.

Once the EMH start, Chris and I like to head out and start riding our favorite rides.  Some of the more popular attractions (like Space Mountain or Big Thunder Railroad) will still have longer lines so we tend to put those off for a while.  PhilharMagic, the Enchanted Tiki Room, and a few others are great time killers while we’re waiting for the straggling annual pass holders to leave. Sometimes it can take about an hour (maybe more during peak seasons) before the crowds start to thin out.

While annual pass holders can still walk around the park, take pictures, and shop, they cannot ride ride.  Cast members are able to keep track of who is staying at the resorts by scanning magic bands before you get on a ride.

Popular rides can stay pretty crowded during the first hour or so of EMH.  Don’t be discouraged if you walk by Space Mountain and it says the wait time is 60 minutes.  The wait time will go down as the EMH continue.  The same goes for every other popular ride at any of the other parks.

However, there is one exception to the popular ride rule and it’s at the Magic Kingdom. There will never ever be a short line for Peter Pan’s Flight.  EVER.  I love that ride but if we don’t get a Fastpass for it earlier in the day Chris and I aren’t going on it.  We see no point in waiting an hour or more (usually more) to get on a three minute ride.  No matter how much I love it.

While we love the short wait times and smaller crowds that EMH brings, there’s something that I enjoy even more about Disney after dark.  It’s the buildings.  The colors that come alive at night are incredible.  Each attraction looks so different from it’s daylight counterpart, especially at the Magic Kingdom.  It’s definitely a must-see!

There are also a few rides that Chris and I think are better at night then they are during the day.  Try Big Thunder Mountain Railroad sometime during the day and then try it again after nightfall.  It almost feels faster and more thrilling!  And walking through the graveyard at Disney’s Haunted Mansion is always a little more spooky in the dark.

Are you a fan of Disney after dark?  Or is there another time of day that is your favorite?

I create easy-to-follow craft tutorials to help you build confidence with your Silhouette Cameo and make projects that bring you joy. END_OF_DOCUMENT_TOKEN_TO_BE_REPLACED