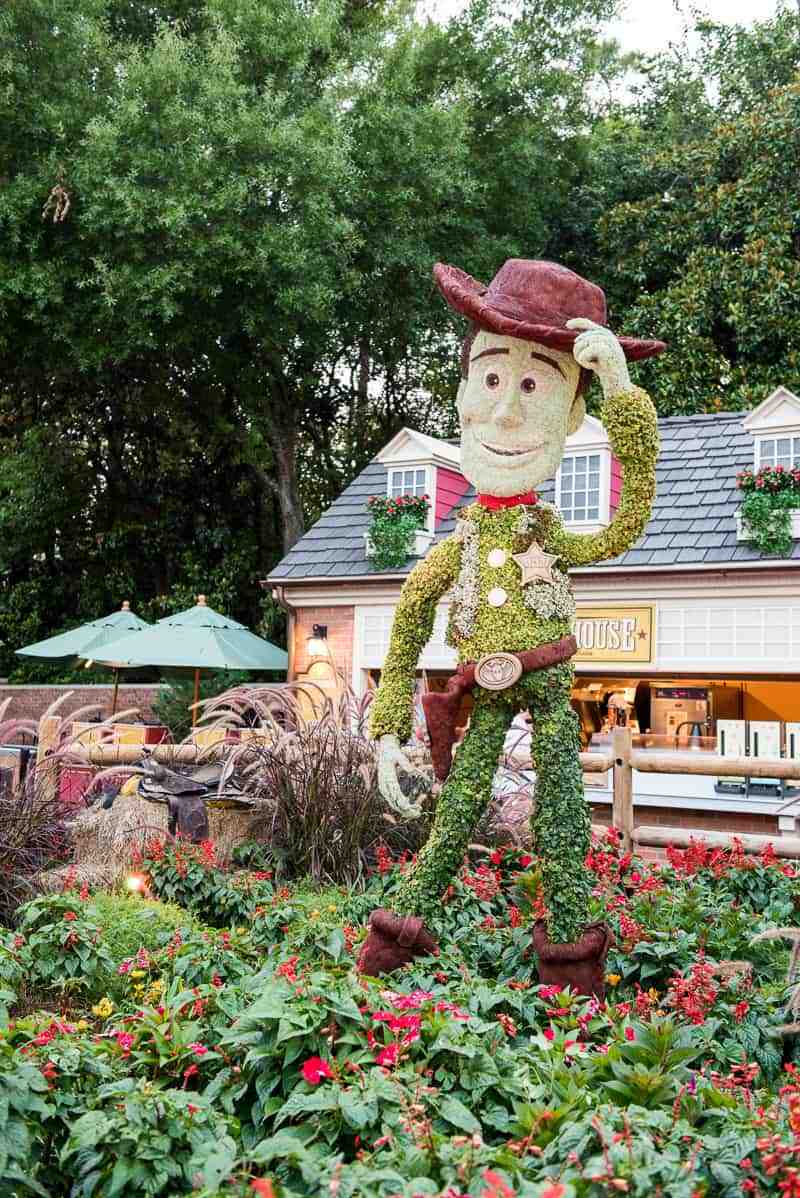 People are pretty passionate about their preference and I can’t say I blame them. Chris and I are hardcore night owls and we are all about sleeping in on our vacation. Though with a toddler those days are long gone.

So while people are pretty opinionated about this I’m going to try to be objective here and give you all the facts on how to use Disney’s Extra Magic Hours to your advantage. But first, let’s talk about what they actually are and what you need to do to be able to use them! 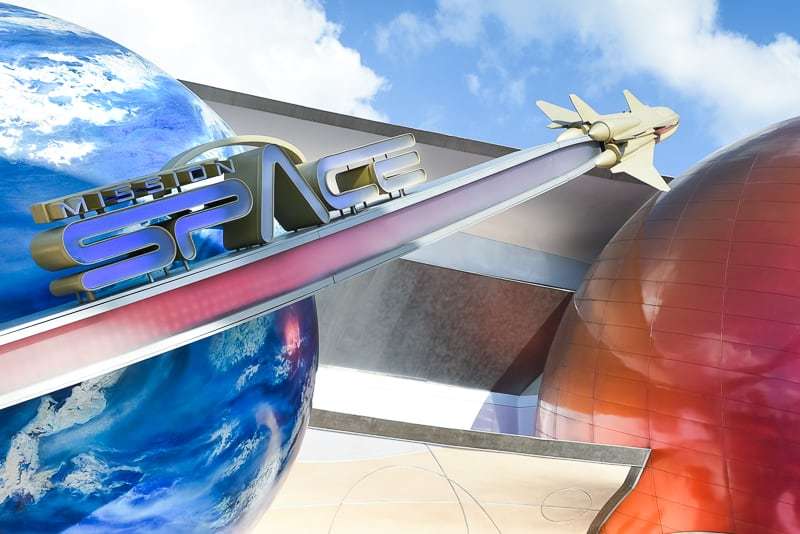 Disney’s Extra Magic Hours are extended park hours that are available to all on-property guests. On certain days of the week guests can enter Disney Parks one hour before it opens to the general public or stay two hours later than normal operating hours.

With the summer months coming our way soon and the parks staying open later I thought it would be worth mentioning Disney’s Extra Magic Hours and how to best take advantage of them.

Extra Magic Hours are available to all guests staying at a Disney resort; including Shades of Green, Swan and Dolphin, and the Hilton Orlando. You can check which parks are eligible for Extra Magic Hours by checking the Disney Parks Calendar online or on the My Disney Experience App. 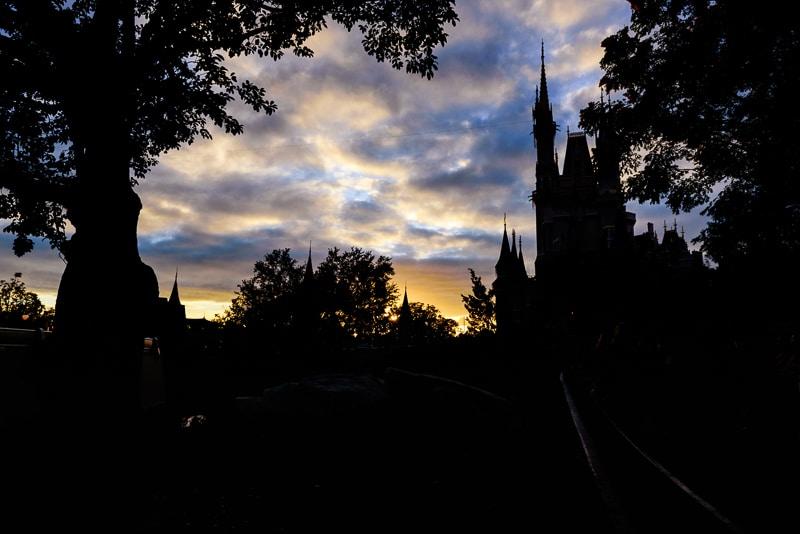 Who can use Disney’s Extra Magic Hours?

You can also use your key as your room identifier if you do not have a magic band.

If you are not staying on-property you are unable to take advantage of Disney’s Extra Magic Hours. It’ll be better for you to spend the day at a park that is open late to the general public. 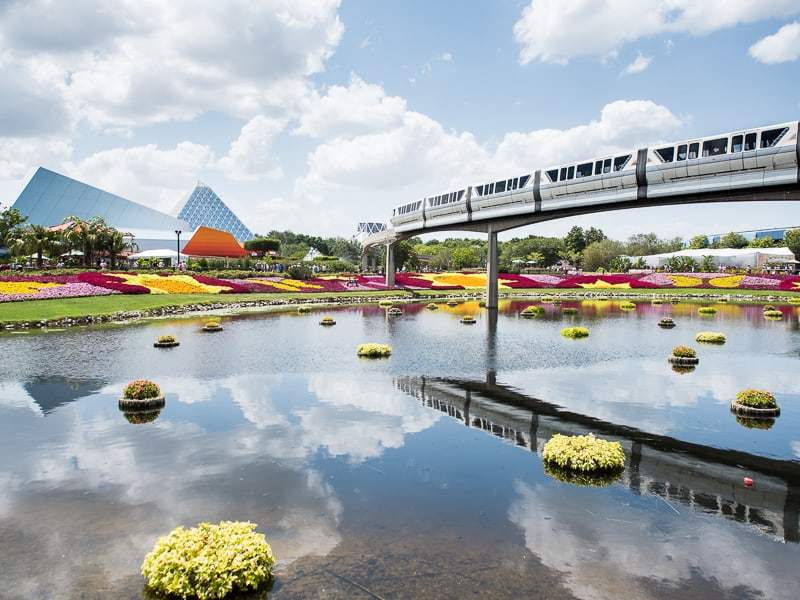 What are the differences between Disney’s Extra Magic Hours in the morning and at night?

There are a lot of different theories on this but quite a few people say that morning hours are much better to go to because they’re less crowded.

The reasoning is that most people (like Chris and I) sleep in when they’re on vacation OR families with young kids can’t get out the door early enough to take advantage of the perk.

Nevertheless, the goal should always be to get out the door an hour before extra magic hours start.

Even though the parks are significantly less crowded during evening hours than they are in the middle of the day, you won’t see low crowds until about an hour before the park closes. This is because most people will either park hop to take advantage of the late hours or they’re like us and sleep in because they know they’ll be up late. 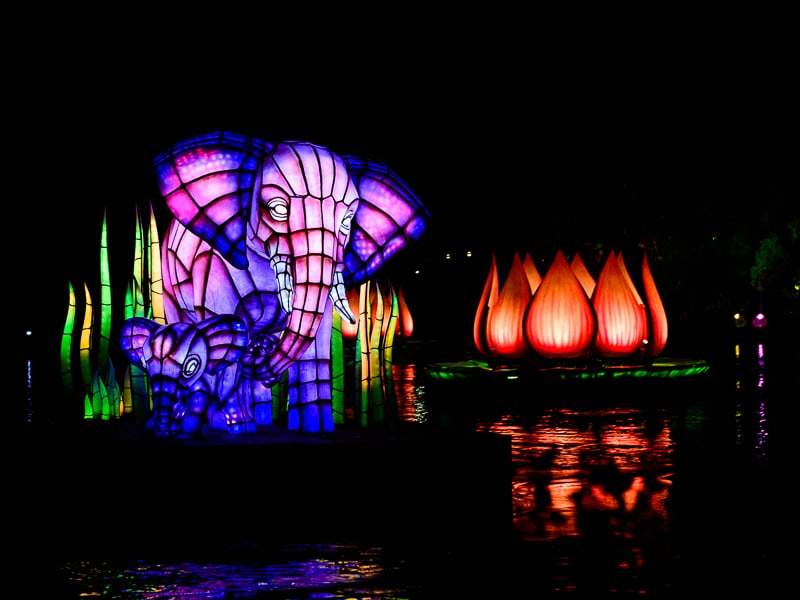 Okay, so how can you use this information to your advantage?

If you can plan to get all of your family up early and out the door an hour before the extra magic hours start, DO IT. Use this opportunity to get in line for more popular attractions early so that you can use your Fastpasses for other popular attractions later in the day.

If you want to take advantage of both morning and evening Extra Magic Hours, park hopping is the best option for you!

To do this you’ll have to plan your park itinerary in advance so that you know which parks you want to go to in order to take advantage of the extra hours. 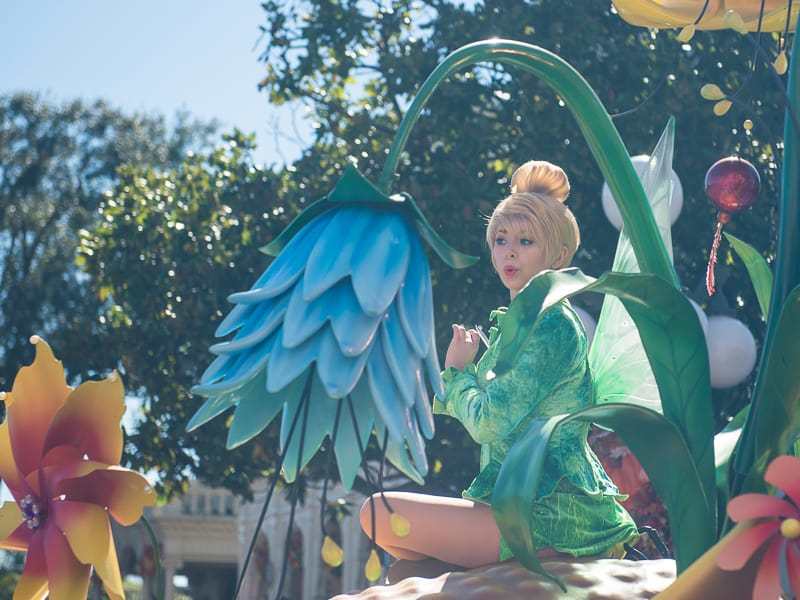 If you’re going to do both morning and evening hours the best thing to do would be to take a break in the middle of the day. I suggest this for three reasons:

Usually the resort pools are busy during mid-day because a lot of families with young kids take breaks even if they aren’t taking advantage of Disney’s Extra Magic Hours. So if no one wants to nap you can also head down to the pool to cool off for a bit.

And if you’re over 21 I highly suggest a drink at the poolside bars.

One thing you should do (if you’ve seen the nighttime shows before) is skip them.

WHAAAAT? Skip the fireworks show? Am I crazy to even suggest that?!

NO. Because it’ll save you lots of time in line and you’ll thank me for it later.

Most people will stop getting in lines for rides about an hour before the nighttime entertainment starts, and this is the perfect time to get in line for those popular attractions you’ve been waiting all day to ride.

Wait times drop significantly the hour leading up to the nighttime entertainment and jump back up again right after the shows are over. They also stay high until about an hour before Extra Magic Hours are over. So if you aren’t planning to stay that late, you should be jumping in line for Peter Pan or the Mine Train at this time. 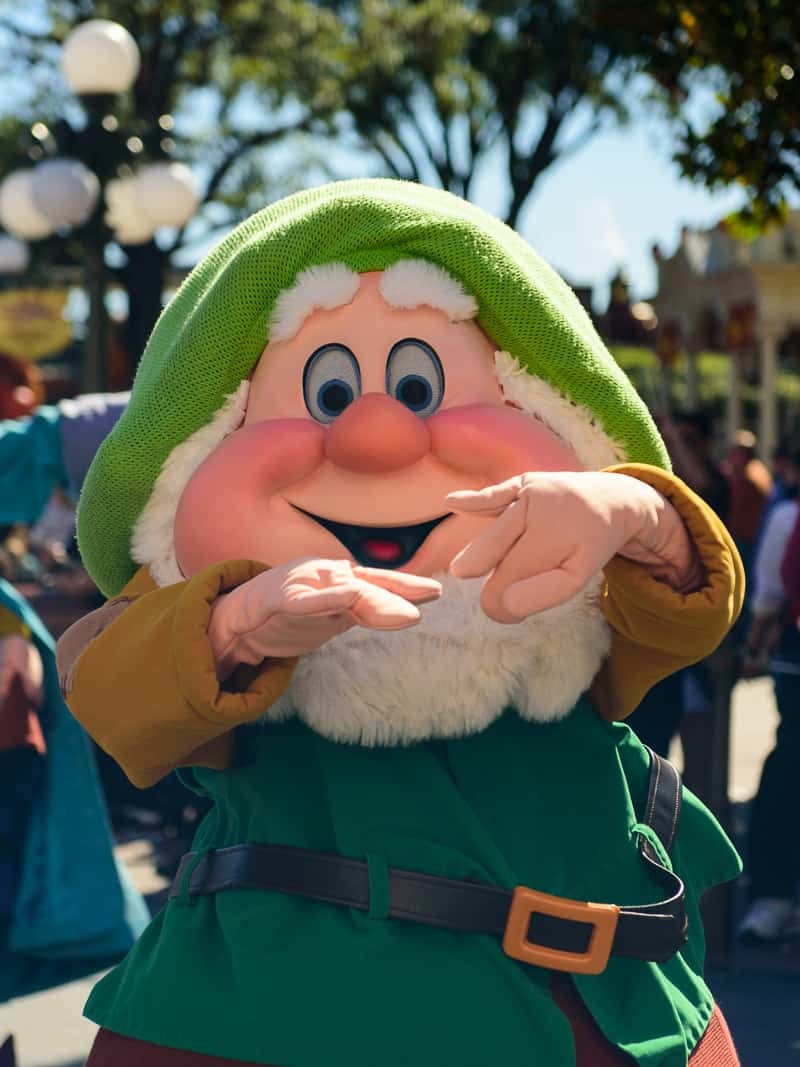 Before kids Chris and I would roll out of bed at Disney after 12pm.

Unfortunately, that doesn’t happen anymore. We’re lucky if we sleep in past 7:30am.

But if you don’t have young kids or if your kids are older and all about that lazy life then this is the tip I have for you:

If Disney’s Extra Magic Hours are anywhere from 12am-2am you don’t need to get up and over to the parks early. You can sleep in, mosey over to the pool for a bit, grab some food at the food court, AND THEN head to the parks.

Doing this means you skip the hottest part of the day, YAY.

This is also what I suggest you do if you’re a photographer looking to get a few empty park shots at night.

But the reason Chris and I really like doing this more than the morning hours is because it is significantly cooler in the evenings. Especially after 10pm. 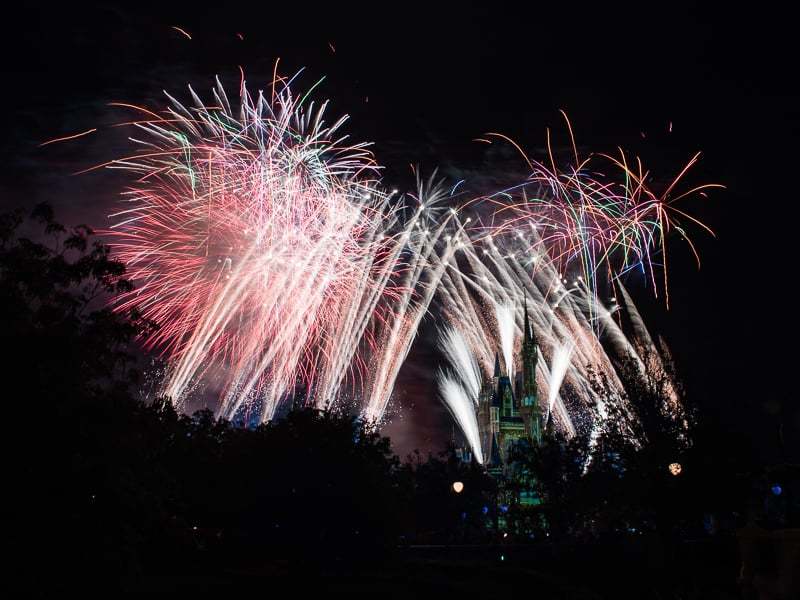 But what if you have a young child….can you still do evening hours?

We’ve stayed out past 12am with our toddler before because he has always been really great at sleeping wherever he is when he’s tired. He is typically a happy kid as well so it’s never been a problem for us to keep him out late.

However I know that some kids are morning people and others are night owls, so my best piece of advice is to do whatever will work best for you and your kids.

My motto at Disney is “do what you have to do to keep everyone happy“. Because nothing is more exhausting for a parent than an overtired, inconsolable, and frustrated kid. 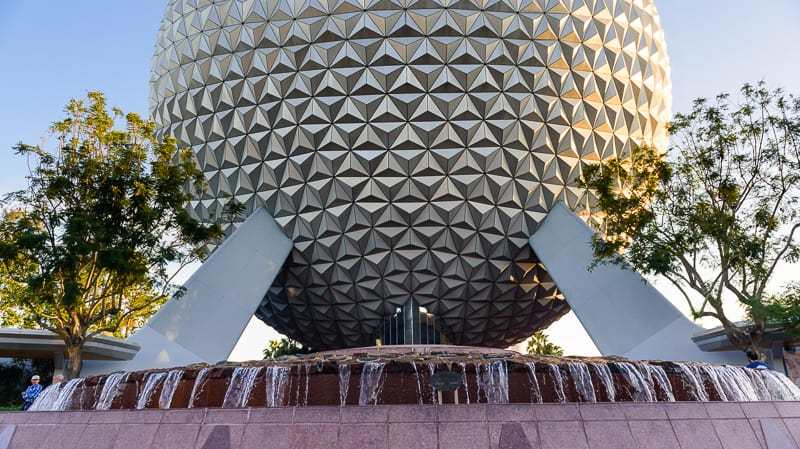 Disney’s Extra Magic Hours are a really great perk that we love taking advantage of. Navigating the extra hours is a bit different with a toddler in tow but so far it’s been pretty easy to manage.

I keep saying that I want to get up early and head to the Magic Kingdom for the extra magic hours, maybe this next trip is the one I actually do it for! Honestly, I just want to go for the early morning pictures. ?

Check out the other posts in the Summers at Disney mini-series! 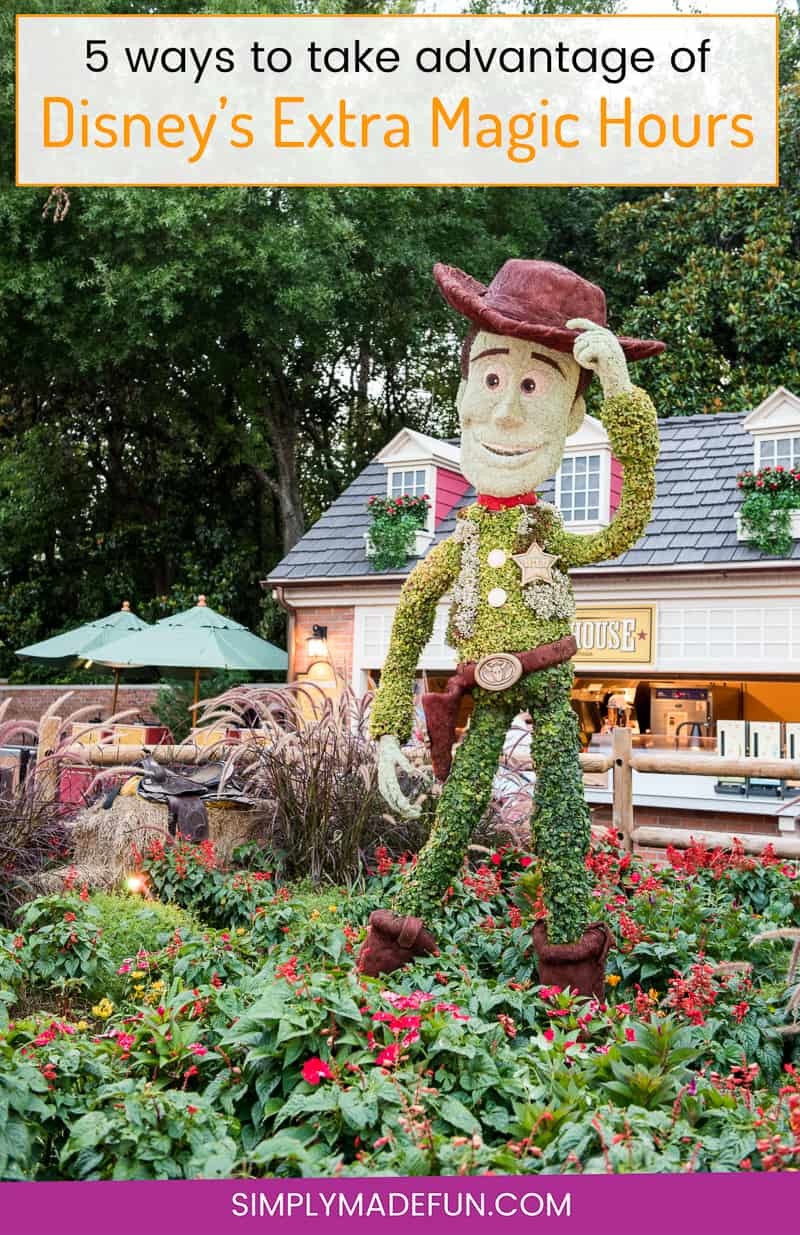 I create easy-to-follow craft tutorials to help you build confidence with your Silhouette Cameo and make projects that bring you joy. END_OF_DOCUMENT_TOKEN_TO_BE_REPLACED