Last Wednesday Chris took me to see Disney’s Frozen.  I have talked about the movie for months, and was so excited to see it.  Since I’ve had a few people ask me what I thought about the movie, I decided to write my review on the blog.

Every review I have seen has a general synopsis of the storyline.  In fact, 90% of them give away the plot twists of the story making it pointless to pay to go see the movie in theaters.  I promise not to do that.  In fact, I’ve double and triple checked (along with asking Chris to read this post multiple times) just to make sure I have given nothing away.  There are no spoilers in this post.  So, feel free to read on! 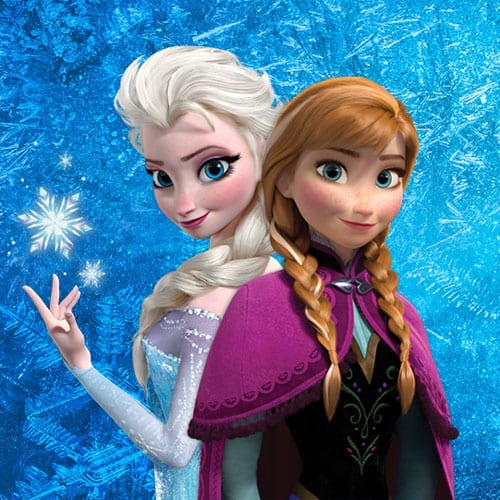 Disney’s Frozen is a story of two sisters who go on a grand adventure in the midst of a winter snowstorm.  Along the way they meet some lovable characters who not only help them realize their potential, but also bring a bit of comedic relief to an otherwise very heavy storyline.

To thoroughly review the movie, I’m going to break my thoughts into four different sections.  Bare with me because this post is a bit lengthy, but I wanted to fully write down my thoughts on the movie and give you the best possible review.

In every Broadway musical there is a thing called an Overture, a song that opens up the play and gives you a bit of backstory along with it.  Disney has been using this Broadway technique for years, especially with the 80’s to 90’s movies (Beauty and the Beast, The Little Mermaid, etc).  What I really loved about Frozen was that their opening number was very reminiscent of Look Down from Les Miserables, one of my favorite Broadway musicals.  Frozen’s opening song, Frozen Heart, did not have a lot to do with the story but it did make me feel like Disney was trying to get back to the classics that have served them so well.

All of the main singers for Frozen got their start on Broadway, which is a fact I really love. Although no other songwriter/composer team will ever compare to the power duo that was Alan Menken and Howard Ashman, Robert Lopez and Kristen-Anderson Lopez did a really great job with this movie.  The songs were fun, memorable, and powerful. Kristen Bell’s voice reminds me of the traditional Disney Princesses who had very light and airy type voices, whereas Idina Menzel’s voice is very deep and powerful (great for belting out a ballad). 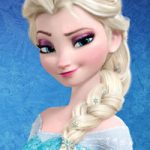 Elsa (played by Idina Menzel) – I felt like Elsa’s character went through a lot in the movie.  It was really interesting to see her go from a carefree child to a very guarded adult.  I really loved her story and the changes she went through as a person.  Her final lesson is a very powerful one that will greatly benefit any young girl or adult who struggles with finding themselves. 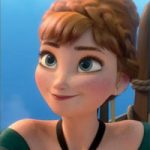 Anna (played by Kristen Bell) – Anna started out as a very typical Disney Princess who wanted nothing more than to find her true love (think Giselle from Enchanted).  I think her story was the most compelling for me because as the story goes along her priorities completely change.  The main theme in her own personal storyline is true love, and it was really interesting to see how the storytellers used that in ways I never expected.

Prince Hans (played by Santino Fontana) – Hans is one character that I really enjoyed watching.  His character development is the best out of all the secondary characters because his personal story unfolds in ways you’d never expect.  Hans is also the most surprising character, but you’ll have to go see the movie to find out what I mean!

Kristoff (played by Jonathan Groff) – Kristoff’s character development was seriously lacking.  I was really disappointed with how little they developed his character, because you never really got a sense of who he was or why he was important to the main storyline.  I loved the fun song they gave him to sing in the movie, but wished he had at least one serious song so we can hear his swoon-worthy voice really have a chance to shine. 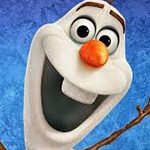 Olaf (played by Josh Gad) – Olaf was a very interesting character for Frozen.  He provided lots of comedic relief in places that would’ve been too heavy without it.  He was also a very cute secondary character (kind of like Pascal from Tangled, except Olaf can talk!). There wasn’t a lot of character development for Olaf either, but he really didn’t need much.  He was basically there to provide comedic relief, sing a cute song, and that was it.

The only animation complaint I have is that Olaf didn’t have a very expressive face.  As a character whose sole purpose was to provide comic relief, his lack of facial expressions doesn’t allow for the full range of comedic expression we’ve come to expect from Disney. In Tangled, Maximus and Pascal had a lot of different expressions for every situation they were in.  Olaf, unfortunately, did not. 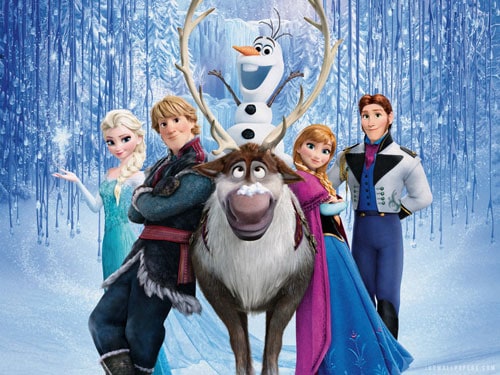 Frozen really reminds me of some of my favorite Disney movies from when I was a kid.  I feel like they’re really trying to get back to what made the classics so great.  But, even though I really believe that, I think there were still some flaws within Frozen’s storyline. The first half of the movie was extremely song heavy and while they gave you great musical numbers such as Let It Go and Love Is An Open Door, after they were over you were left wanting more.  I also wished that they had at least talked about the curse more than they did, because once you found out where it came from (in two lines or less) you never heard about its origin again.  The end of the movie was very compelling, and it had a great message about the power of true love (and how there are all different kinds of it). All in all I felt like Frozen was a great family movie with a very powerful message that you can talk about with your children for years to come.

I really loved the movie and would love to go see it again (I am currently trying to talk Chris into the idea!).  It reminds me of all the reasons I love Disney movies and brings back those sweet childhood memories of watching Beauty and the Beast and The Little Mermaid.  I think Disney has a winner with this movie.  The songs, storyline, and characters will be cherished by Disney lovers for years to come and I can easily see this becoming a classic.

Have you gone out to see the movie yet?  Do you have any plans to?  If you’ve seen it, what were your thoughts?  Just remember, no spoilers in the comments please!  We don’t want to ruin the magic for anyone who hasn’t seen it yet!

I create easy-to-follow craft tutorials to help you build confidence with your Silhouette Cameo and make projects that bring you joy. END_OF_DOCUMENT_TOKEN_TO_BE_REPLACED