One of the most difficult parts of a Disney Vacation (for me at least) is choosing which Fastpasses to get at each park.  Especially if Chris and I are only going for a few days and don’t have the opportunity to visit the same park multiple times on a trip.  I’ve always felt that Hollywood Studios is the worst park to have to choose Fastpasses for.  Mostly because Disney now groups the more popular attractions together and you can only get one Fastpass from the popular attractions group.  Now, you can still go to a kiosk and hope that the more popular attractions at the park still have Fastpasses available after you’ve used all of your pre-selected passes but then you risk not being able to get a Fastpass for another favorite ride! 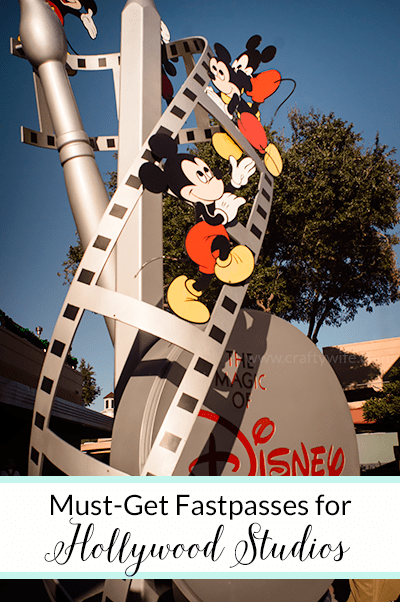 For Hollywood Studios, they group these five attractions together:

I always have the most difficult time picking one Fastpass out of the five choices.  Chris and I love the Rockin’ Roller Coaster but I also really enjoy Toy Story Mania and Fantasmic too.  How do we end up choosing which one to get a Fastpass for?  I always ask myself these questions first.

Questions one and four are the two that are the most important for picking Fastpasses.  If there are extra magic hours then Chris and I can save some of the shows for after the parks close, because everyone else is making a beeline for the thrill rides at that point.  And if the park is open late that usually means Chris and I will see Fantasmic and then spend the rest of the time on our favorite attractions!

[Tweet “Determine which Fastpasses you need for Hollywood Studios by asking yourself four simple questions.”]

Here’s what we think about the five top tier attractions and whether or not you should grab a Fastpass for them!

Beauty and the Beast: Live on Stage 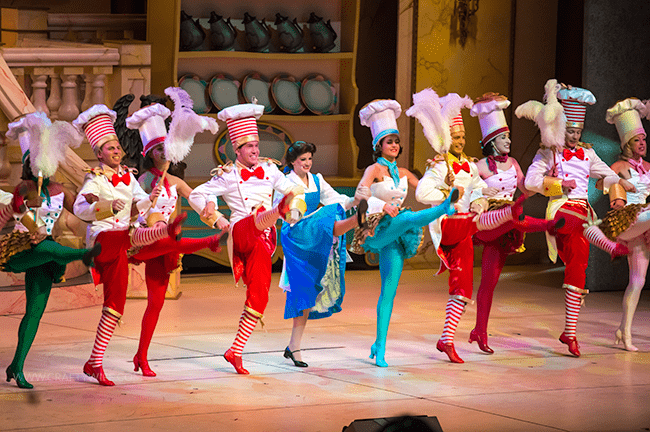 To be honest, I don’t think Chris and I have ever grabbed a Fastpass for this show.  If we ever wanted to sit up close we try to arrive to the theater about half an hour before the next show and wait until they let people in and then race towards the front (even earlier if the park is crowded).  At our wedding, Chris and I got the opportunity to sit in the second row from the front and since then I’ve known I’ll never get a better seat than that!  If you don’t care about sitting close to the front then getting to the theater ten minutes before the show starts should be good enough to get seats near the middle or the back.  But remember, this show closes much earlier than the park so check times once you get to the park to make sure you don’t miss it!  We don’t recommend taking small children on this ride because there is a scene from the movie Alien that could scare your little ones.

We are not fans of this ride at all so normally we don’t go on it.  I’m sure a lot of Disney fans have their mouths open in shock at that statement, but it’s the truth!  I think the longest line I’ve ever seen for this ride is 30 minutes, so I wouldn’t waste a Fastpass on it.  Normally, if Chris and I arrive late to the parks and try to reserve Fastpasses on a kiosk, The Great Movie Ride always has some left for later in the evening!  We don’t recommend taking small children on this ride because there is a scene from the movie Alien that could scare your little ones. 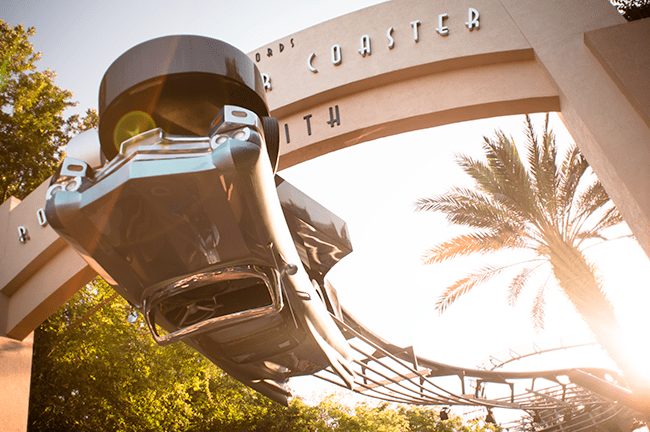 Chris and I are huge fans of this coaster and usually use our one Fastpass selection for this attraction.  You have to be 48″ tall to ride this and if you do not like coasters that flip you, accelerate to 60mph at take-off, or have drops you may want to skip this one.  During Fantasmic the line for this attraction gets pretty short and you can jump in the regular line and not have to wait long.  But do not wait to jump in line after Fantasmic gets out!  If the park is still open after the fireworks show gets out people run over to Tower of Terror and the Rockin’ Roller Coaster and the lines get pretty long for both attractions!

This is one ride whose line is long at the beginning of the day and stays that way until the park closes.  If you have young children I highly suggest grabbing Fastpasses for this ride because it is one the entire family will enjoy!  Keep in mind that the Fastpasses for this ride go quickly and if you try to wait to get one at a kiosk in the parks there is a really good chance you will not get one!

I’m of two minds on getting a Fastpass for this show!  A lot of times there will be two showtimes for Fantasmic, and the early show Fastpasses tend to go pretty early.  However, if you know you’re going to stay until the park closes I’d recommend opting for the second show because you can grab a Fastpass for it pretty late in the day!  In fact, during the off-season Chris and I have gotten to the park after three o’clock and have still been able to grab a Fastpass for the show off of a kiosk.

Out of all the attractions in this group, I’d say Toy Story Mania and the Rockin’ Roller Coaster are the two you’ll probably end up choosing from.  If you schedule all your passes for early in the morning, you may have a good chance of grabbing a Fastpass from the kiosk for one of the other popular attractions.  It completely depends on the time of year you go and how crowded the parks are though!

Here is a list of the other attractions you can grab Fastpasses for:

We’ve found that most of the shows have less of a wait time as the day goes on so if you can catch one later in the afternoon there is no need for a Fastpass.  Check the times for the shows in your Times Guide once you get to the parks though to make sure you don’t miss one, especially since Indiana Jones and the Extreme Stunt Show close earlier than the park.

The Tower of Terror is a must-grab Fastpass ride, otherwise you will be waiting in a long line!  During the off-season the line for this attraction can get down to about 20 minutes, but since you can pick two Fastpasses from the list above this ride is definitely one of the ones you should choose!  Chris is not a fan of this ride so we never go on it, but this was a favorite of mine growing up and I have some pretty fond memories of this attraction! 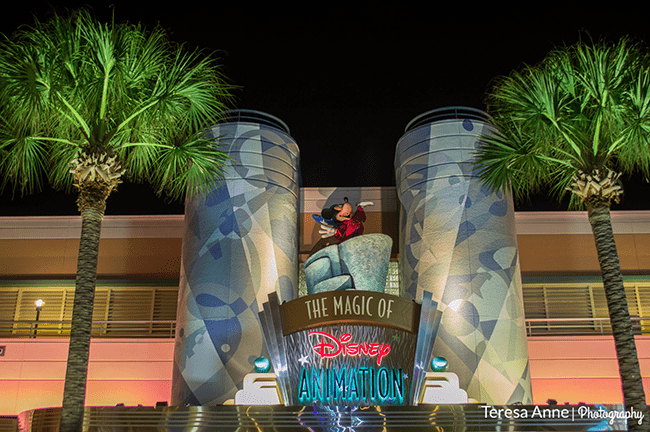 Chris and I also like to grab a Fastpass for Star Tours, mostly because the line can get fairly long during the day!  As the afternoon fades into the evening you can usually find a 10 minute wait for the attraction, but if you’re at the parks around noon the line can get fairly long.  We usually grab a Fastpass for earlier in the day and then jump in line for a few more rides just before the park closes.

Remember, you can only choose three Fastpasses initially so choose wisely!  If you’re heading to the parks in the morning try to use your three passes before noon, because then you may be able to grab a few Fastpasses for the more popular attractions before they’re gone!  If you’re heading to the park later in the afternoon you have to be a little more selective with your selections in order to ride all the rides you want with little to no wait time!

So tell me, which attractions do you grab Fastpasses for at Hollywood Studios?

I create easy-to-follow craft tutorials to help you build confidence with your Silhouette Cameo and make projects that bring you joy. END_OF_DOCUMENT_TOKEN_TO_BE_REPLACED