If you’re failing at Spring cleaning like I was, check out these tips that have helped me reclaim my space!

I’ve honestly always loved to clean.  When I still lived at home I’d stay up until 4am color coding the clothes in my closet to my hearts content.  I’d also get into trouble because I liked to rearrange the furniture in my room all by myself (mostly because I wanted to change up the look, and only partly because it gave me an excuse to clean underneath and behind things).  Fast forward so many years later and I still would get bit by the cleaning bug in the morning and by the time Chris came home at night the house would be spotless.  But then we had a baby.  And then I became tired ALL. THE. TIME.  So cleaning never got done, and then I was failing (hard) at Spring cleaning! 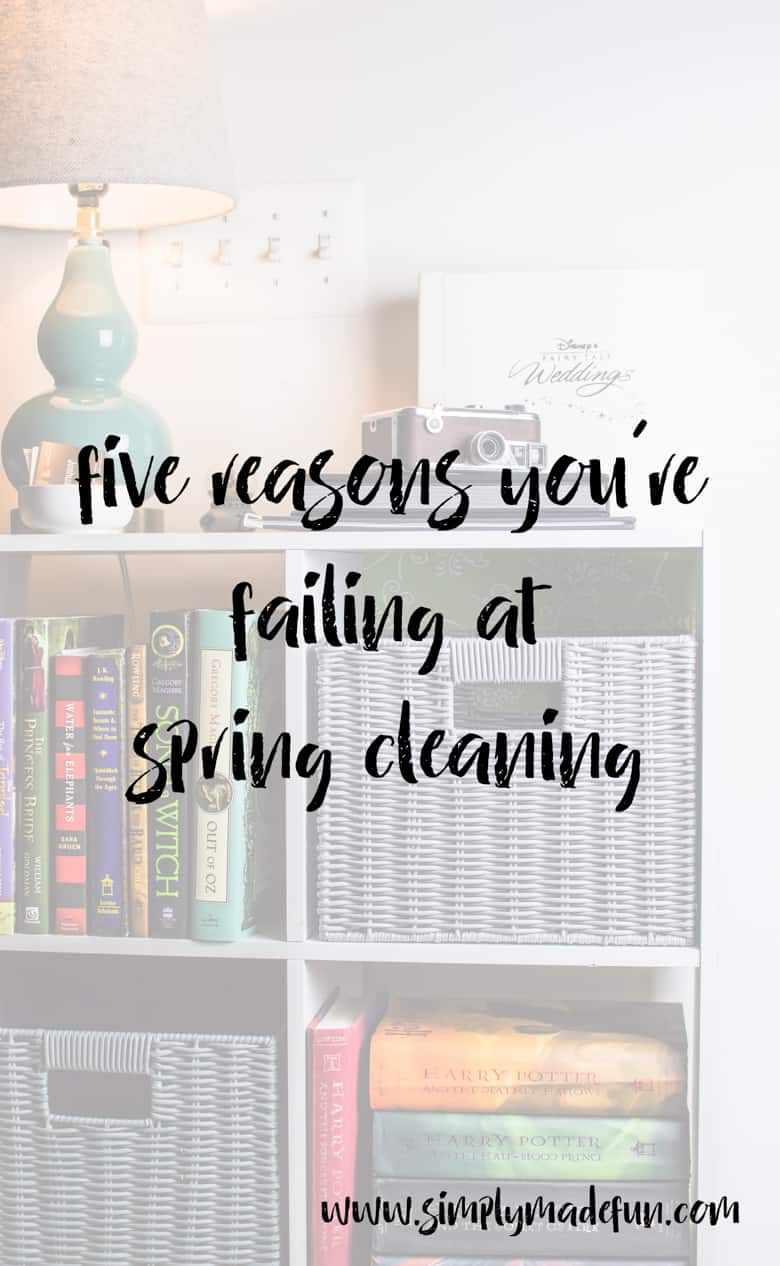 While I love cleaning I’ve always found Spring cleaning to be difficult.  There are a million lists on how to clean on Pinterest, none of them worked well for me.  Part of it was because Chris and I have so much stuff that I could never get around it to clean.  The other part was that I was just completely overwhelmed because I tried taking on too many things at once.

Does this sound like you?  Are you tired just thinking of all the things you have to clean?  That was me a few weeks ago.  Until my mom came up to stay with me last week and helped me with my Spring cleaning checklist.  And now that I’ve had time to think about it I’ve realized what was holding me back, and why I was always failing at Spring cleaning.

So, I want to share that with you in hopes that you can reclaim your space like I did!  These are the five reasons I was failing at Spring cleaning (and simple solutions on how to fix it): 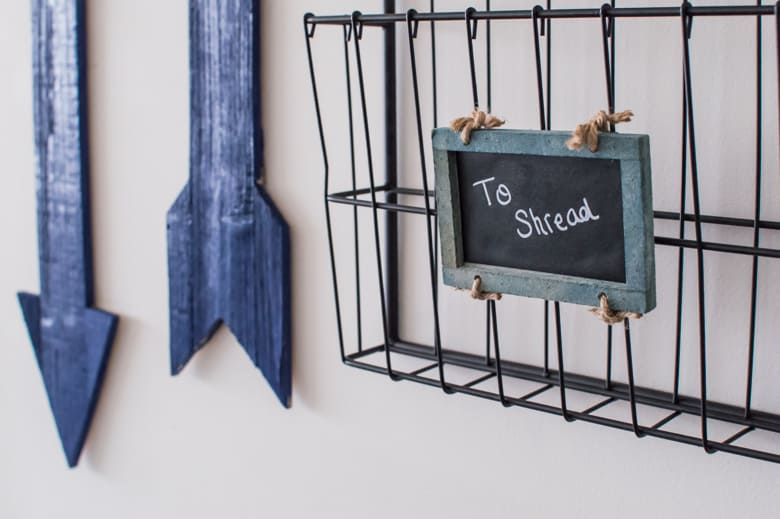 Your house is too cluttered

I’d like to say that the clutter began to happen as we brought all the baby stuff into our house but that would be a downright lie.  Our house has always been overrun with “stuff” and I have never really been able to get a handle on it.  Bringing in the baby stuff just made it worse!  Chris likes to say that his house was fine before I moved in and brought my things with me, but if we’re being honest the guy has a lot of stuff.  I mean, bringing my stuff didn’t help the clutter situation but it’s not like he lived this minimalist lifestyle before he knew me (not even by a little bit).

When you have too much stuff the house just becomes cramped and (in our case) unlivable.  You have to be willing to get rid of the stuff that is just taking up space and not being used.  It serves no purpose just sitting in a closet somewhere or in the corner of your house.  Use spring cleaning as an excuse to purge baby, purge!  You’ll feel so much better when you do!

Nothing has a designated “place”

One problem I have is that (because we have too much stuff) there isn’t a designated place for anything.  There are general vicinities where things go (like my crafts go on my desk) but since there is no specific spot that vicinity just becomes a crap pile.  And once you throw a few things over there it becomes easier and easier to just keep piling on.  Honestly, my dinning room table was covered for months because I didn’t have a place for all the stuff that was on it.  It was terrible! 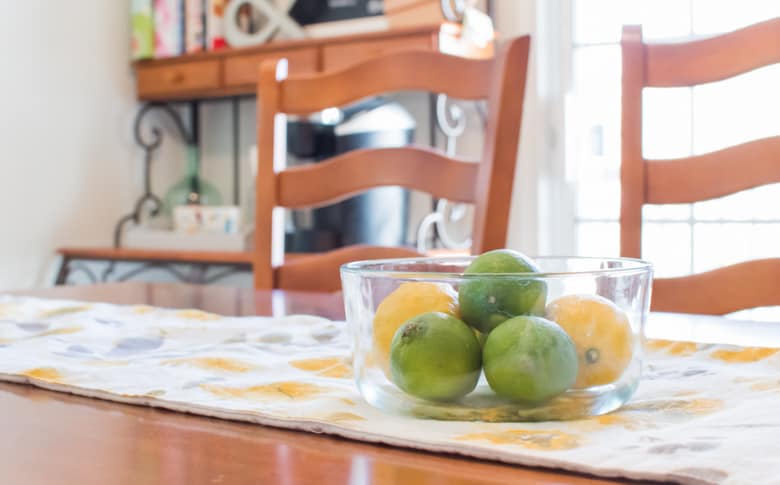 You try to do too much

When you have an entire house that needs a complete overhaul, starting small is always better.  I made the mistake of trying to do two large areas at once and became so overwhelmed that I stopped mid-clean and just walked away.  And then didn’t touch that area for a few weeks.

You try to do it all alone

Two weeks ago I had the genius idea of trying to wash my King sized comforter.  I figured that it would be easy and I wouldn’t have to spend money getting it cleaned if I could do it myself.  First mistake?  Thinking it would fit in our washer.  Nope, it was too big.  Second mistake?  Washing it in the tub and then trying to carry a soaking wet comforter that ended up weighing more than me over to the railing to let it hang dry.  Third mistake?  Not wringing it out well enough so that it dripped, leaked through the carpet, and then (thirty minutes later) started leaking through the ceiling and set off all the fire alarms in our apartment.  Talk about embarrassing when the maintenance guys had to come figure out why the alarms were going off for so long….

Don’t try to tackle large tasks on your own!  It’s okay to ask for help or admit that you can’t do something.  There’s no shame in admitting you need help, because the alternative could be a bunch of men traipsing through your upstairs and looking at you weird as they step in large water-soaked carpet spots. 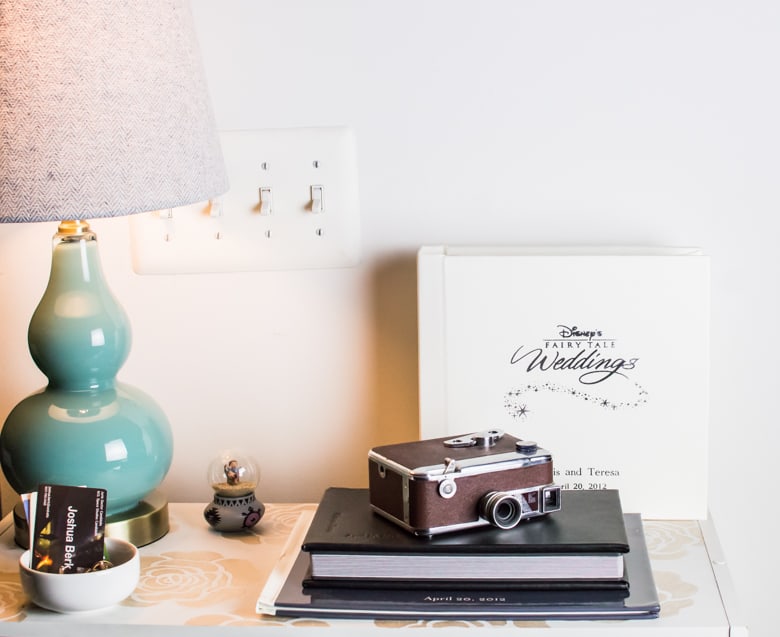 Whether you’ve just had a baby, gotten a new job, received a huge promotion at work, or something else, it’s okay to let things back at home slide a bit.  It takes time to get in to a new routine and have things settle and go back to “normal”.  I’ll admit that I’m still adjusting to my little guy and he’ll be eight months old next week!  These are the moments where admitting you can’t do it alone and asking for help are key.

The main thing I’ve had to remember is that I need grace, not perfection, when it comes to my life these days.  It’s okay to not have that perfectly spotless house that I so desire and love.  Because that means I’ve spent the day playing and loving on my little one instead, and that is way more important than a spotless house!

But let’s be honest, nothing beats walking in your front door and being welcomed to a clean home.  It just makes me feel all warm and fuzzy inside, and completely relaxed.  So, if you’re failing at Spring cleaning like I was just remember to take things one day at a time.  And give yourself a little bit of grace.

What is one thing you struggle with when it comes to Spring cleaning?

I create easy-to-follow craft tutorials to help you build confidence with your Silhouette Cameo and make projects that bring you joy. END_OF_DOCUMENT_TOKEN_TO_BE_REPLACED