When Chris and I first found out we were pregnant we couldn’t wait to do a gender reveal.  Both of us had originally wanted to throw a party for our family and friends and find out with them, but as the time got closer to find out we realized that a large party wasn’t what we really wanted.  During this time we were also planning a trip to Disney World for Star Wars Weekends, and Chris came up with the idea to find out while we were there. 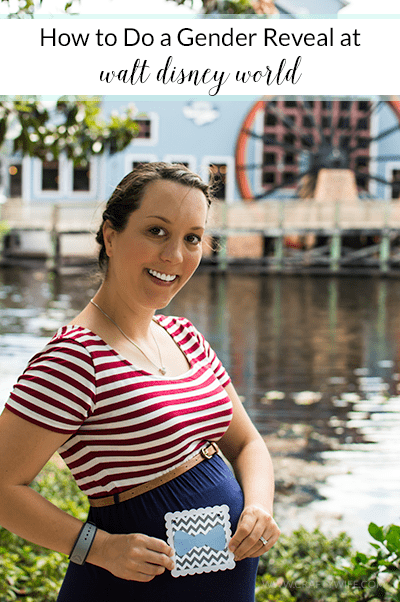 When we got engaged at Disney in 2011, Chris ordered a celebratory gift from Disney’s Floral & Gift shop.  I had never heard of using this service before, and to be honest I had no idea that Chris had ordered from them to celebrate our engagement until a month or so later.  As we were planning our gender reveal we knew that we wanted to use the same service to find out if we were having a boy or a girl.  The Floral & Gift shop does not have a specific package for a gender reveal (to be honest, Disney doesn’t have anything specific for gender reveals in general) so we were kind of making it up as we went along.  All we knew was that we wanted to find out via balloons, and they had some pretty cute packages available that were exactly what we wanted.  Just be aware that depending on what you are looking for, the balloon bouquets can get quite pricey. We decided way ahead of time a price point that we were comfortable with and went from there.

[Tweet “Using the Floral & Gift service at #disneyworld is such a fun way to find out a baby’s gender!”]

To be able to get the gender reveal we wanted, Chris and I checked into the Port Orleans Riverside resort on Monday around noon.  After check-in we went over to the concierge desk where Chris told the woman behind the counter that he wanted to order balloons from the Floral & Gift shop for our gender reveal.  The woman behind the counter was a bit confused as to why we were asking for her help, but eventually she caught on and was pretty excited to help out!  She dialed the number for the shop and Chris got on the phone to let the woman know what we were looking for: Star Wars balloons for a boy and Princess balloons for a girl.  She took our credit card information and then Chris handed the woman behind the counter our gender envelope so that she could peek and tell the woman on the phone what we were having.  At this point Chris stepped away from the counter so he wouldn’t overhear and ruin the surprise.  After that we were informed that the balloons would be delivered to our room same day by 5:00pm, so we decided to head out for the time being to wait it out.

On the way back to our room, we actually saw a Cast Member with our balloons (they were in a bag so we couldn’t see what they were!) so we walked around the resort for a bit before heading back to the room to try again.  Chris and  I stopped before opening the door to our room and decided to take a video of our reactions to send to our families, then we walked in the room to find this: 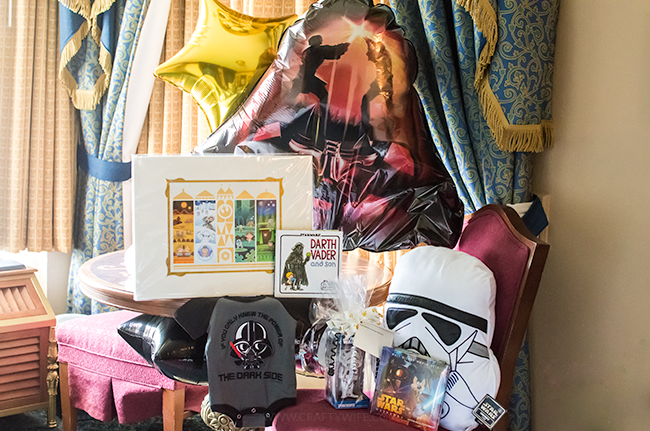 IT’S A BOY!  Chris and I were so excited to finally know what we are having and now I can finally plan for the nursery and all the other fun gender specific things that go along with it.  Chris is very excited to have a little man that will (obviously) have to love all things Star Wars and Disney, and I’m just excited to be able to dress him in bow ties and button down shirts (it’s the little things!). We’ve been asked by a lot of family and friends if we’ve picked out a name, and we have, but we’re keeping it under wraps until he’s born.  It’s driving people nuts but it’s kind of fun for us!

So, that’s how we pulled off a really fun and unique Disney gender reveal!  It was the perfect way to kick off a really special Babymoon and both of us are so excited to meet our little man in September!  It’s still going to take me a while to wrap my head around having a boy.  I just can’t believe it! 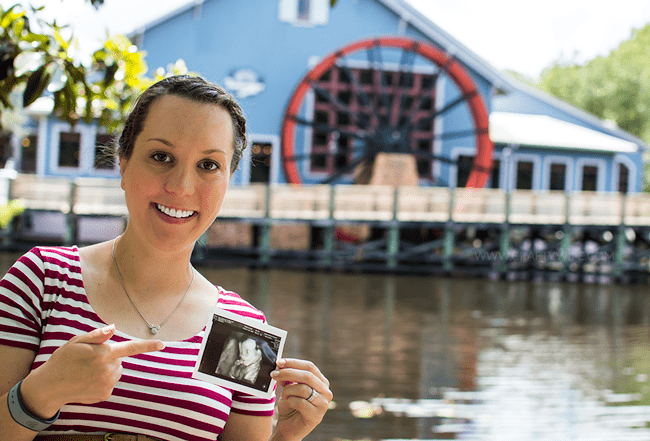 So, how did you find out what you were having?  Did you plan a party or do something completely different like we did?  I’d love to hear your story in the comments below!

I create easy-to-follow craft tutorials to help you build confidence with your Silhouette Cameo and make projects that bring you joy. END_OF_DOCUMENT_TOKEN_TO_BE_REPLACED