Over the first weekend in May, Chris and I took a short trip down to Orlando to visit the Disney parks in hopes that the Seven Dwarfs Mine Train (MK’s new roller coaster!) would be open.  It wasn’t, so we celebrated Star Wars Day instead.

While we were there, we were able to test out the newly updated Fastpass+ system. Originally, you could only book three fastpasses a day, which was a major letdown for those of us who used the old Legacy Fastpass (paper) system and got between ten or twelve passes a day.  After listening to their consumers, Disney decided to tweak the system a bit which was great!  We are now able to get three fastpasses to start out with and then once we use all three of them we can find a Fastpass+ kiosk inside the parks and book one more.  Every time you use a fastapss you can book another one.  You can also park hop with the system, which you couldn’t do before either. 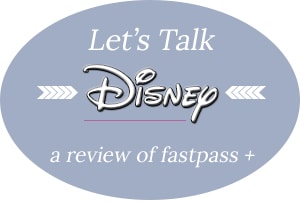 To reserve Fastpass+, you should go to the Disney web page and sign into your (or make your own) account.  If this is your first time making an account, make sure to have your reservation number handy so you can link it and eventually make your fastpass reservations with it.  Keep in mind that you can only book your fastpasses once your vacation is 60 days out!

**Every member in your party must have an account and must have a valid park admission ticket linked to it to be able to make a Fastpass+ reservation.** 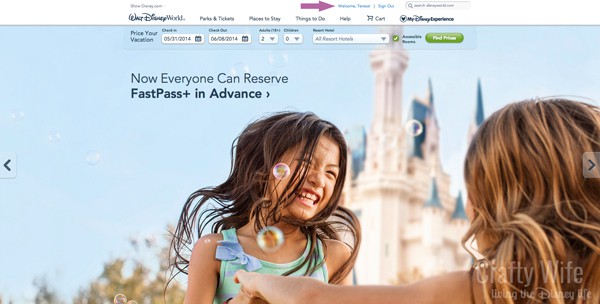 Once you’re all signed in, hover over the My Disney Experience tab and click on Fastpass+. 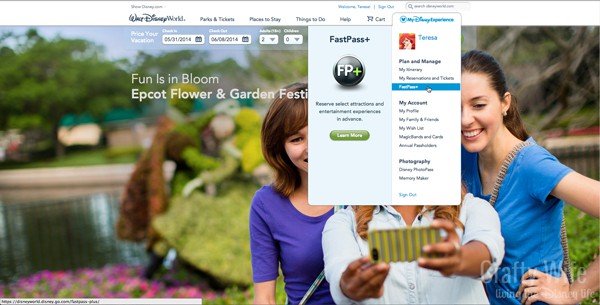 Next, you’ll select the members of your party to make all your fastpass reservations at the same time. 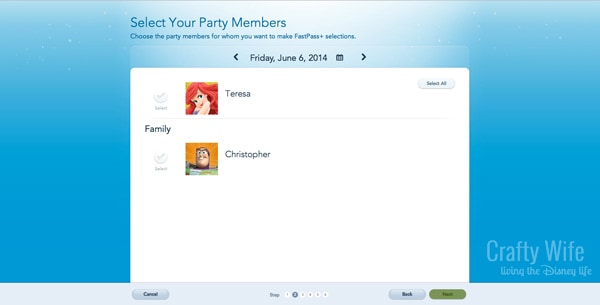 Once you select your party, you’ll be able to select what day you want your fastpass for. For this post, I chose the Magic Kingdom to show you how to make the reservations. 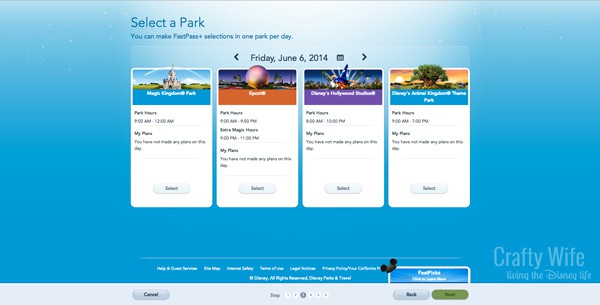 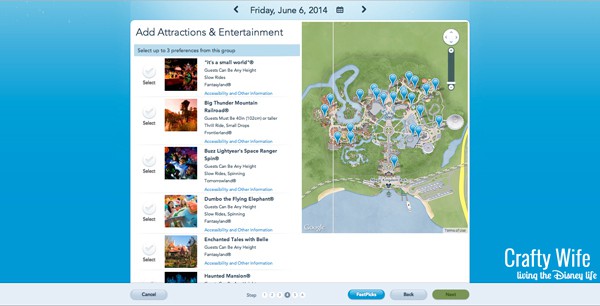 The Anna and Elsa Meet and Greet is also incredibly popular, and it’s actually booked pretty far out.  If you have a trip coming up soon, you may not be able to get a fastpass for it.

Once you pick which rides you want, you can prioritize which ride you want to go on first and then on the next page will give you four time options.  After you pick your times and hit select, you’ve reserved your fastpasses for the day! 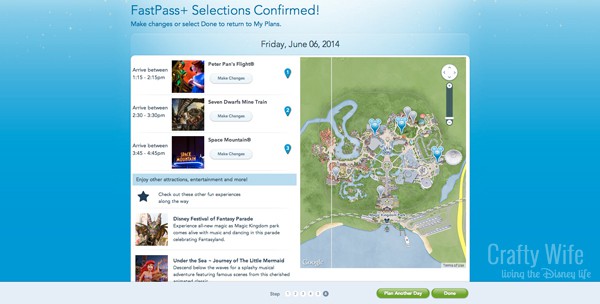 At the end, you can either plan another day or you can stop there.

A few side notes:

I create easy-to-follow craft tutorials to help you build confidence with your Silhouette Cameo and make projects that bring you joy. END_OF_DOCUMENT_TOKEN_TO_BE_REPLACED