If you follow me on Facebook you probably heard that we had our little man at the end of August!  You may also know that he has a few complications that are currently keeping him in the NICU, which is one of the reasons I really haven’t filled the blog with pregnancy updates and flooded social media with pictures of our little guy.  Chris and I have been keeping things very close to our hearts and to ourselves, because it was a very private thing we wanted to go through together. 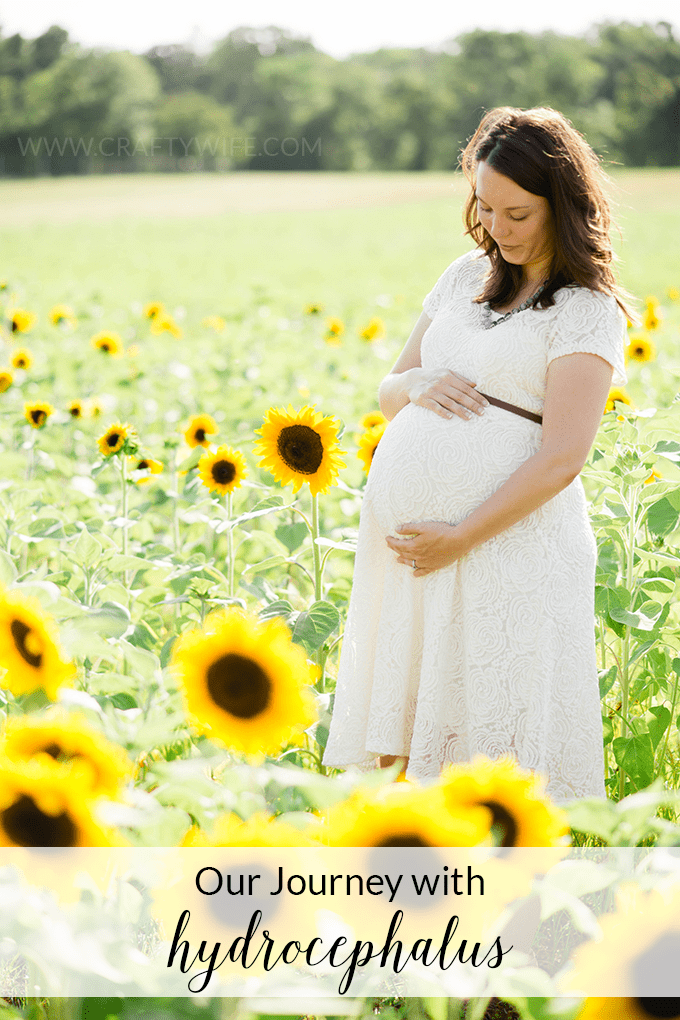 I will not be sharing pictures of our little guy on the blog or on social media because I want to keep his identity private.  When he is older it can be his decision to share his side of his story, his name, and any baby pictures he likes.  Right now though, I want to protect him in any way I can and this is something I can do for him at this time.  I hope you understand!  From this point on, he’ll be known as “Little Fighter” on the blog.

At our twenty week appointment, Chris and I were filled with joy and hope as we set off to the hospital to see our little bundle.  We couldn’t wait to get the envelope that would tell us if the baby was a boy or a girl and to see sweet little pictures of his profile.  We were laughing and talking all through the sonogram, commenting on what we were seeing and so overjoyed to see that little baby move all around.  Then, the sonographer finished up, left and went to get a doctor.  At that point we had no idea how abnormal that was, so we were still talking and laughing.  Then the doctor came in, looked at us and said,

“Your baby has excess fluid in it’s brain.  It doesn’t look good, please come with me so we can talk about your options.”

Chris and I were in shock.  I remember being in a complete daze as we walked for what seemed like miles to her office.  As we sat down in the chairs I looked over at Chris and saw that his face was as white as a sheet, I’m sure mine looked the same.  The doctor started off telling us that the bladder, kidney’s, stomach, and heart all looked fantastic.  There was no sign of down syndrome or spinal abifida so that was all positive.  But Little Fighter had an abnormal amount of fluid in his brain (also known as hydrocephalus) that was causing his left and right ventricles to expand more than they should.  Normally they are around 10, his were 15 and 17.  We were advised to terminate the pregnancy because Little Fighter would have no quality of life due to severe mental delays.  I immediately shot her down and said that wasn’t an option, so we needed to know the next step. 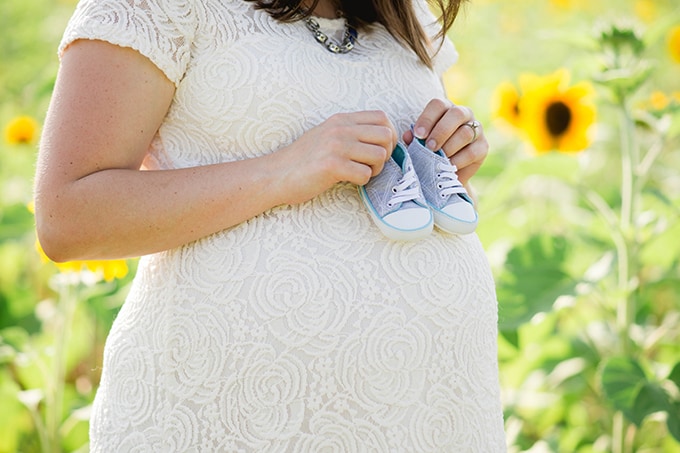 We met with a geneticist that day and talked about tests we could do in utero to see what we were dealing with.  There was a risk of miscarriage with them so we opted out of any tests but we did talk to her about family history and whether there were any genetic markers that could have caused his hydrocephalus (which, there weren’t).

We left the hospital that day in tears.  So overwhelmed and so sad for our baby.  The only thing we did that night was reach out to our family and friends and ask for prayers, that was all we could do.

We were advised to come back to the hospital every two weeks for follow-up scans so we could track his head growth and make sure nothing else was wrong.  Each appointment his head continued to grow, at one point it was measuring eight weeks ahead of the rest of his body.  We were told (each time) that he was going to be delivered early, probably before 30 weeks.

Even so, Chris and I did everything we could to enjoy the pregnancy.  We waited so long to have a baby that feeling every kick was such a joy and felt like such a miracle to me.  Every time I thought about Little Fighter’s head I would get incredibly sad for him, but I also felt this intense peace wash over me.  From the very beginning I always felt like he was going to be okay. 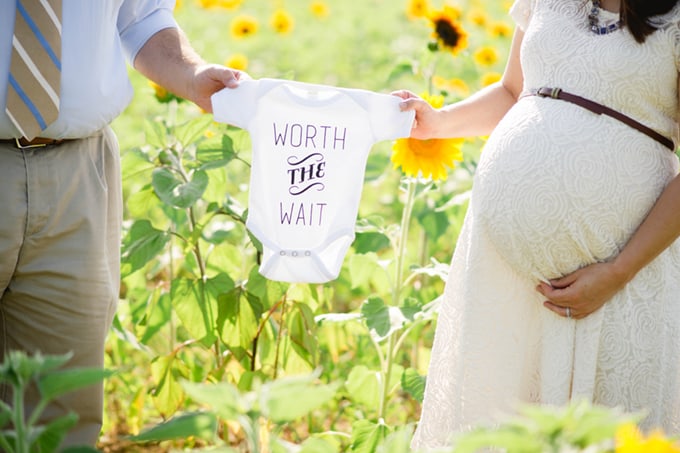 Things changed for us after we went to Disney World to do our gender reveal.  We met with Dr. King (who we adore) and she noticed my amniotic fluid was high.  We were advised to do the gestational diabetes test early and once Chris and I got home and did our own research we learned that gestational diabetes could cause isolated cases of hydrocephalus (which is what Little Fighter has).  So I did the test and found out that I did have gestational diabetes (which was a shock).

After that Little Fighter’s head stopped growing at such an alarming rate.  There were some weeks where his head didn’t grow at all, and allowed for his body to catch up.  We had so many wonderful people praying for us and for the baby, and we felt like God was hearing and answering our desperate prayers for Little Fighter’s survival.  We were so thankful.

[Tweet “The gestational diabetes diagnosis, while shocking and upsetting, saved our baby.”]

Weeks kept going by and the diagnosis kept getting better and better.  Dr. King gave us so much hope and we were so thankful for her.  She worked closely with my OB to get me as close to full term as possible, and we finally made it to the point where we could comfortably schedule my c-section for 37 weeks.  The little guy was breeched and because his head was so big I could not have a vaginal birth (we didn’t want the extra pressure on his head), so we decided surgery was the best option.  By the time I went in for my c-section, Little Fighter’s ventricles were measuring between 50 and 55.  He was an extremely severe case, and my OB was shocked at how big his head actually was when he pulled the little man out.

Hearing his little cry for the first time was the most beautiful sound I had ever heard.  They immediately took him to the NICU for tests, and we were all surprised at how well he was doing.  Not only was he breathing on his own, he passed all the other tests they put him through.  His heart rate was great, bp was good, and his oxygen levels were fantastic.  He was a miracle.

Every single day he has been passing all his neurologlical milestones.  We were told that while his problem is the most obvious, neurologically he is the most normal baby in the NICU.  We are just so incredibly thankful for him and for his progress.

This Thursday he goes into surgery to drain the excess fluid from his head.  While this is a very common surgery, we’re both still anxious for our little man.  After having the operation though, his head will start heal and will eventually go back down to a normal size.  We still have a very long road ahead of us with a ton of doctors appointments to check on his development and make sure his shunt is working properly, but we are so thankful for all of the doctors and nurses who have gotten us to this point.

Without the support of family, friends, those who have prayed for us, and the medical staff who knows what would have happened to our little guy.  Right now he is thriving and we are so in love with him.  Thank you all so much for being so patient as Chris and I take this time to care for him and ourselves.  I’ll be back with more posts soon!

I create easy-to-follow craft tutorials to help you build confidence with your Silhouette Cameo and make projects that bring you joy. END_OF_DOCUMENT_TOKEN_TO_BE_REPLACED