It’s taken me a long time to be able to put into words all of what happened while I was pregnant and what has happened since.  Our little guy’s NICU stay and his journey with hydrocephalus has been a roller coaster of emotions, and while at times stressful I also feel like it’s been extremely rewarding.

While you can never be fully prepared for how things will be once a baby will be born (especially if you have to endure a NICU stay) there are a few things we learned during our three weeks in the hospital that I think are important for any NICU parent to know! 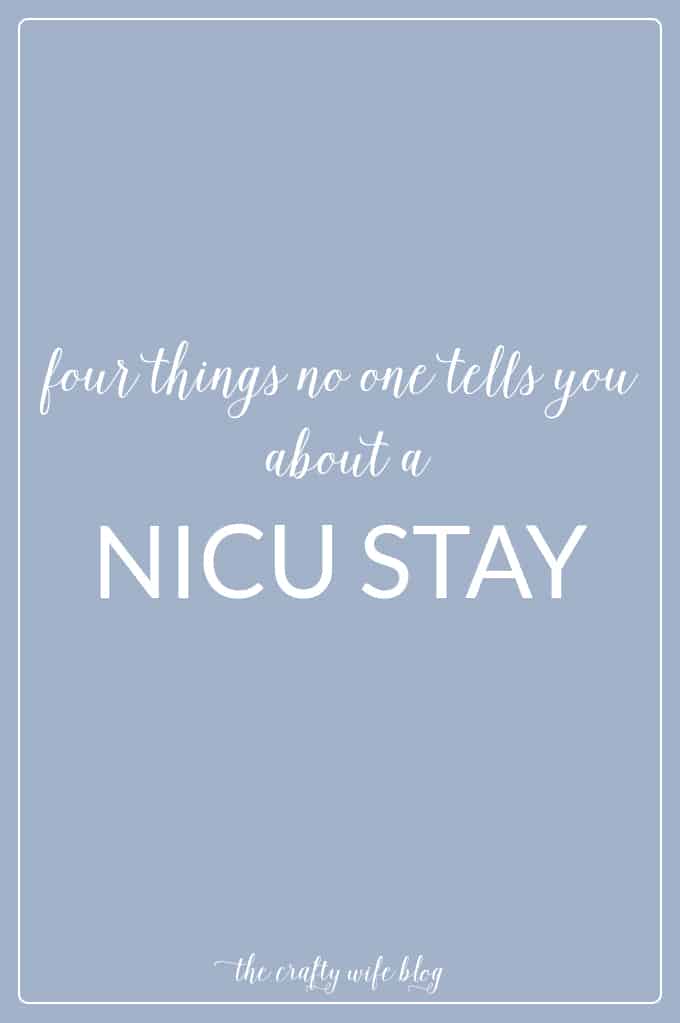 Chris and I felt very blessed that we knew ahead of time that we’d have to be in the NICU for a few weeks.  While it was suggested that we take a NICU tour beforehand, we never ended up doing that.  For us, I think we just couldn’t deal with a tour because then everything would be that much more real.  Stupid?  Probably.  But I just wanted to enjoy my pregnancy and not worry about what was coming.  While that worked for us, I don’t suggest it for everyone.  You need to do what’s best for you, and if you want all the information beforehand then I say take the tour.  It definitely does not hurt!

Even with all the prep we were given beforehand, there were a few things no amount of doctor visits could have prepared us for.  The guilt, the exhaustion, the endless car rides to the hospital…..it was all overwhelming and incredibly frustrating.  If you’re just starting your NICU journey, there are a few things I want you to know.

You will feel guilty

I can’t tell you how terrible Chris and I felt the first few days we’d visit our little guy after being discharged from the hospital.  We both felt like we needed to be there all the time, and only staying with our little guy for a few hours broke our hearts and wracked us with so much guilt.  It wasn’t until we met another couple who told us that those feelings were normal and the expectations unrealistic, that we began to understand the need to take care of ourselves.

When you have a baby in the NICU, they are in the best possible care.  You don’t have to worry about them feeling loved, cared for, or safe because those nurses and doctors care for every single one of those babies like they are their own.  And they do it so you can rest and recoup, because your mental and physical wellbeing is so important after having a child!

NICU Parents Have a Unique Bond

Every single parent who has a baby in the NICU can relate to what you’re going through.  No one knows how hard it is to leave your child behind each day like they do, nor does anyone else understand the stress and sheer exhaustion you deal with on a daily basis.  Those people are there for you.  Lean on them, encourage and listen to them, just be there for them.  Because those are all of the things they will do for you.

One thing Chris and I were very thankful for was all the “training” we had when our kid was in the NICU.  The nurses walked us through absolutely everything; from diapers to baths, strapping him in a car seat, how to put him to sleep to how often he should eat, and even multiple one on one sessions with a lactation consultant.  As a first-time parent I was terrified at the idea of taking a child home and being thrown into the parent role.  Having all the one on one time with the NICU staff helped us feel that much more confident in taking home our three-week old son.  But, that’s not to say that we still weren’t a little nervous.  After all, he is our first baby!

You’ll learn so much about your baby

Chris and I were always amazed at how much we ended up learning about the little guys condition.  Every time we talked to his neurosurgeon we gained new information about the fluid in his brain, how his body compensated for it in utero, and what it meant for his future.  It’s also been interesting to see (and learn) what is happening now that he has a shunt and the fluid is draining.  Just in the last few weeks we’ve seen a definite decrease in the fluid, which is extremely weird to feel because his skin is so soft and “squishy” (for lack of a better term).

Because of his hydrocephalus we also met with a geneticist to find out if our little one’s condition was because of some sort of genetic problem or if it was just a fluke.  We found out that it seems like it was just a fluke (such great news!) and we also found out more about his genetic makeup, which was also really interesting.

While a NICU stay was definitely not what I pictured for my first baby, I will say that I am very thankful for it.  Having extra time with nurses and doctors was a blessing in disguise for us, and we have such a soft spot for all of those who loved on our baby boy when he was in their care.

If your little one was a NICU baby, what is one thing learned from your stay that you were surprised about?

I create easy-to-follow craft tutorials to help you build confidence with your Silhouette Cameo and make projects that bring you joy. END_OF_DOCUMENT_TOKEN_TO_BE_REPLACED