I honestly thought I had this whole self-portrait thing down pat.  I had taken photos of Chris and I successfully at Disney before, so I really didn’t think that trying to do it over Christmas would be a problem.  Of course, I didn’t take into consideration that the time of day, location, and lens I was using were all different than normal.  I also didn’t take into consideration how crowded it would be and how nervous I was to have little children running rampant around my camera set-up.  All I thought was, “oh hey, this is going to be a piece of cake.  I can do this!”. 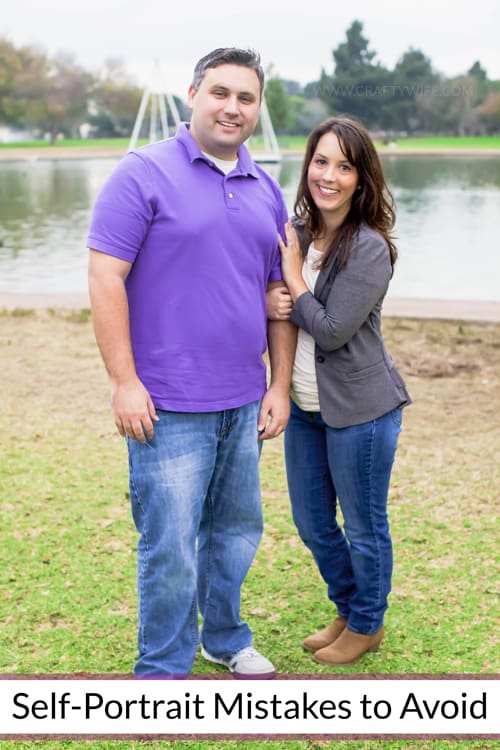 The problem with going to Disney in mid-December is that everything is crowded.  I had been looking forward to the light show at Hollywood Studios all day, and even though the park was a bit packed I was still shocked at all the people who had stayed to see the lights.  I shouldn’t have been, but I was.

Chris and I had decided that we wanted to take our Christmas card photos at Disney (like we do every year) and were really excited to do them ourselves.  Little did I know that everything I’ve learned about photography thus far would be put to the test.  If I had, maybe I would’ve opted for a Cast Member to take the photo instead!

Originally I used these settings and lens to try to capture the picture: 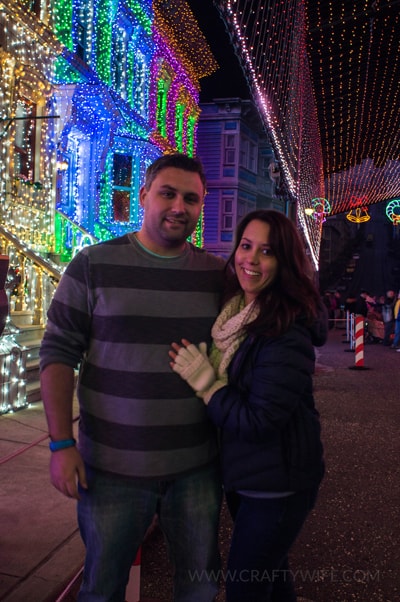 The angle was horrible, my jacket was too bulky, and the overall picture was really dark.

Even though I set my lens to infinity, my face still came out blurry.  I’m thinking that it’s probably because my shutter speed was .5 seconds!  It was also really dark so I had to lighten it in Lightroom.  This one was not salvageable either.

We then tried moving to a different spot and then took a few shots from there.  Here were the settings I used: 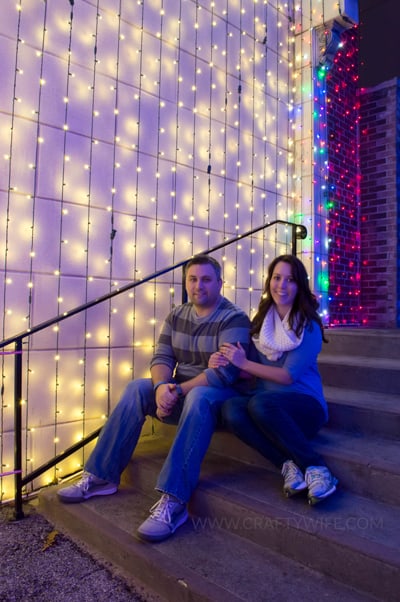 This one was much better because my kit lens has an auto focus that made it much easier to get an in-focus picture.  However, the colors are a bit off (even with editing) and the focus actually fell on the railing instead of our faces.

After all of that, I came away with a few lessons that I’ll take with me the next time I attempt something like this….

Needless to say we didn’t come back with any pictures from Disney that would work for our card.  Next year, I’ll be armed with more knowledge and experience which will hopefully result in better pictures!

Have you ever attempted a self-portrait?  What are your tips for better pictures?

I create easy-to-follow craft tutorials to help you build confidence with your Silhouette Cameo and make projects that bring you joy. END_OF_DOCUMENT_TOKEN_TO_BE_REPLACED