With all the new things coming to the Disney parks in Florida this year it’s hard to say what I’m looking forward to the most. I always love experiencing new rides and new entertainment is great too, and Disney World is getting loads of both!

Chris and I are really looking forward to taking the little man to Disney this year and experiencing all of these new things together. I think one of my favorite things about Disney is the fact that it is never finished. There is always something they are adding, tweaking, or improving so no two trips are the same. 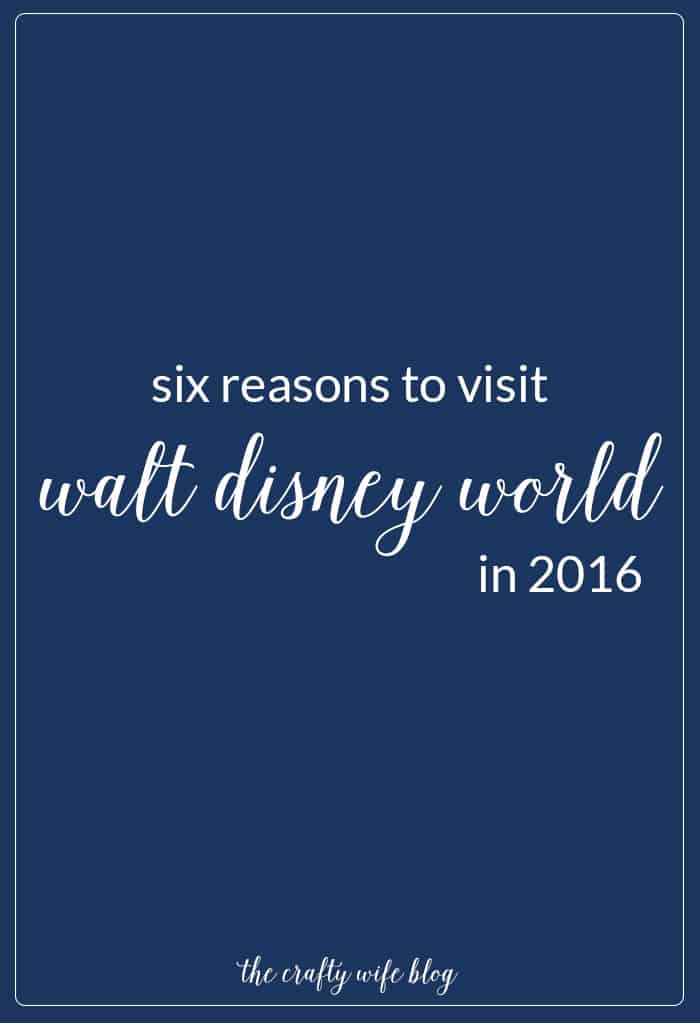 Looking ahead always gets me excited for our future Disney trips! I know now that our adult-only trips are completely out the window now that we have the little guy, so planning trips are so different than they used to be. But that’s okay, because Disney is always great about giving us those fun family moments and memories. And because of that, these are the reasons Chris and I can’t wait to visit walt disney world in 2016.

1. Frozen Ever After Ride at Epcot

For some reason Frozen fever just won’t die down. I’m not complaining though because I love Anna and Elsa just as much as the next person and am super excited for the new Frozen ride coming to the Norway Pavillion at Epcot. It’s set to debut this spring and the lines will surely be long for this ride, so grab a Fastpass as soon as you can!

As a side note, a new meet and greet location (in Norway) for Anna and Elsa will be added this spring to Epcot as well!

This year marks DMK’s 41st anniversary! While there aren’t any details yet for what is sure to be a big event, I’m looking forward to hearing about everything Disney has planned for it. It’s on October 1st so maybe I can convince Chris we need to go for it….

FINALLY! The kids don’t get to have all the fun at Disney World! On January 16th Club Villain opened at Hollywood Studios, and this sounds like an awesome Dine and Dance event. With its New Orleans styled food, stage shows, and up close and personal encounters with the best of Disney villains themselves, this sounds like a fun event. The only downside is that it costs $99 a person, so I may have to save up a bit for this one!

This year brings a lot of new things to the Animal Kingdom, but the one I’m most looking forward to is the Rivers of Light show! It’s set to feature floating lanterns, entertainers, animal imagery and more. I’ve said for years that DAK needed a nighttime show to close out the day so I’m really excited it’s finally getting one! For a park that lacks a lot to do (for me at least), I’m very excited for all the new expansions and experiences coming its way!

I will admit that I really don’t like this park because of the lack of things to do and the fact that it always closes early. But starting this year it will stay open later to accommodate night-time safari rides (yay!) and the Rivers of Light Show!

6. Soarin’ is getting an upgrade!

I’ve never understood why the lines for Soarin’ are always 90+ minutes long, but they are! This year they are finally adding a third theater and upgrading the shows projection system. Hopefully this cuts down on wait time so more of us can enjoy the show and not spend a few hours of our day waiting in the long line!

So, what are you most looking forward to at Disney this year?

I create easy-to-follow craft tutorials to help you build confidence with your Silhouette Cameo and make projects that bring you joy. END_OF_DOCUMENT_TOKEN_TO_BE_REPLACED