Last year I wrote a post about visiting Disney World in the Fall, my absolute favorite time of the year to visit the parks.  And in the spirit of keeping things fair, I wanted to tell you all the things that I also love about visiting in the Spring.  Because there are quite a few fun things that Disney offers between January and June.  Things that (if you’re a Star Wars fan) you shouldn’t miss!  And of course, there are some things for you non-Star Wars fans too. Although, I don’t know how you couldn’t be a fan of SW.  It’s awesome! 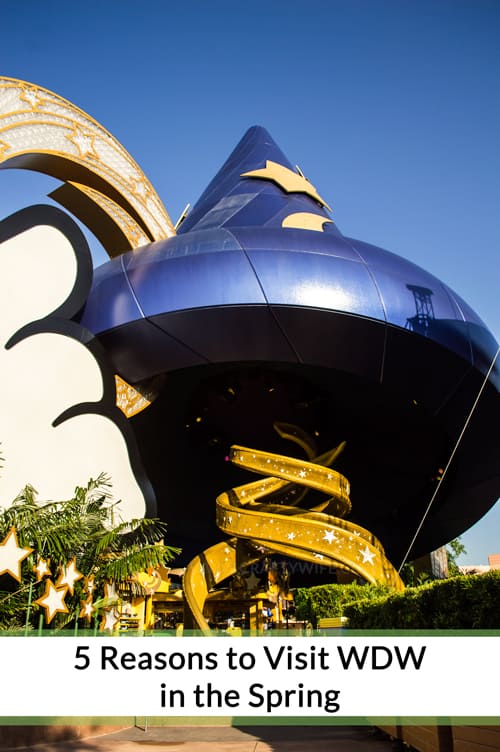 Disney World loves to give their guests events to remember while at the parks.  Most of the year you’ll find something special going on at one of the four parks, and if you find yourself vacationing during that time you’re pretty lucky.  Because chances are, you’ll have a blast experiencing Disney World in a whole new way.  Because, that’s my favorite part about going during special events: the parks change a bit.  And it’s nice to see the parks when they’re decked out for something fun!

So, I’m sharing my 5 reasons why you should visit WDW in the Spring.  Trust me, you’ll love it! 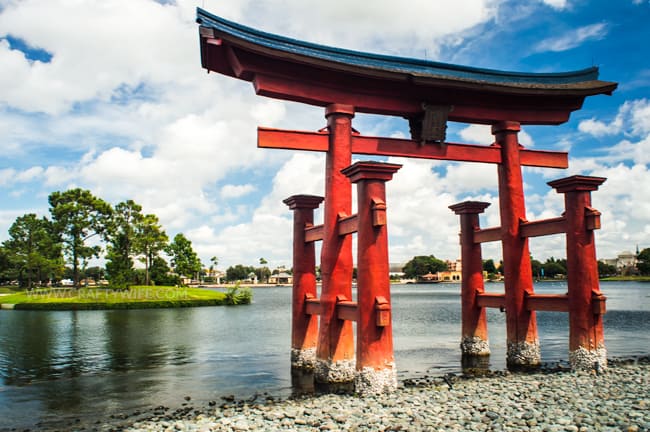 1.  Lower crowds.  Depending on when you go, you can miss a lot of the crazy crowds that usually go with visiting a Disney Park.  January through February usually has low crowds but a lot of rides are being refurbished during this time.  March and April can have higher crowds due to Spring Break and Easter, so it’s beneficial to check calendars before you make plans to go during those months!  May and the first part of June are relatively low crowd times because kids are still in school, but once you get to the middle of June you’re in those crazy days of Summer!

There are also a few RunDisney events during this time which also bring higher crowds!

2.  Lower prices.  One advantage of going during the off season at Disney is lower hotel prices.  Most Value Resorts are under $100 a night depending on the month you decide to go, which can save you a ton of money.  As long as you’re not going to Disney during Spring break or around a holiday (like Easter) you can usually snag low prices at the resorts.

3.  Dapper Day.  This is something I have never done but would love to attend this event one year!  They have a day in the Spring and in the Fall at WDW where guests can come in their most fashionable attire, from vintage to modern clothing and join other guest at the Magic Kingdom park for the day.

4.  Epcot Flower & Garden Festival.  Epcot is so beautiful during the Spring in Florida!  I love going to the park during this event because of all the flower displays and the food booths around World Showcase.  It’s not as extensive as all the booths during the Food and Wine Festival, but it’s still fun to go around to some of the countries and try some new food! 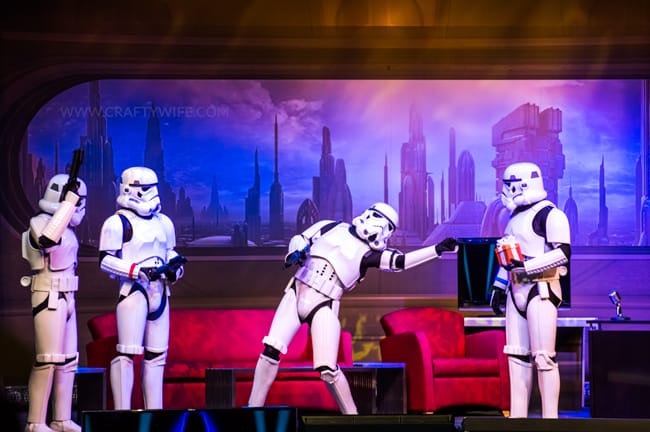 5.  Star Wars Weekends.  Probably my favorite event during the Spring at Disney, and a must-do if you’re a Star Wars fan!  On certain weekends in May and June, Hollywood Studios brings stars from the Star Wars Films to the park for shows, autographs, and meet and greets.  Last year they had Mark Hamill for the last weekend of the event and Chris and I were able to see his show a few different times that weekend.  It was a blast!  We’re hoping that since Episode 7 will be out this year, that this years event will be bigger and better than ever!

Another day that is kind of unofficial at Disney World is May the 4th Be With You.  Last year they had a stage in front of the hat that had previews for The Clone Wars and a few shows with Darth Vader, Storm Troopers, and other Star Wars characters.  Most people celebrate this day by dressing up as their favorite characters from the movies, and we all spend it at Hollywood Studios.  While it’s not a huge special event like the Flower and Garden Festival at Epcot, it’s still a fun way to celebrate Star Wars Day!

I create easy-to-follow craft tutorials to help you build confidence with your Silhouette Cameo and make projects that bring you joy. END_OF_DOCUMENT_TOKEN_TO_BE_REPLACED