Christmas is my absolute favorite time of year.  The songs, the weather, the good will towards men (except on Black Friday…).  What more could I want?  Well, I know one thing I really want; a Disney vacation!

Christmas at Disney is truly my favorite time of year.  The weather is pretty much perfect, crowds are somewhat low depending on when you go, and the decorations are insanely awesome.  But if you’ve never been before you’re probably wondering what it’s all about and what are some of the cool things to do.  So don’t worry, I’ve got you covered! 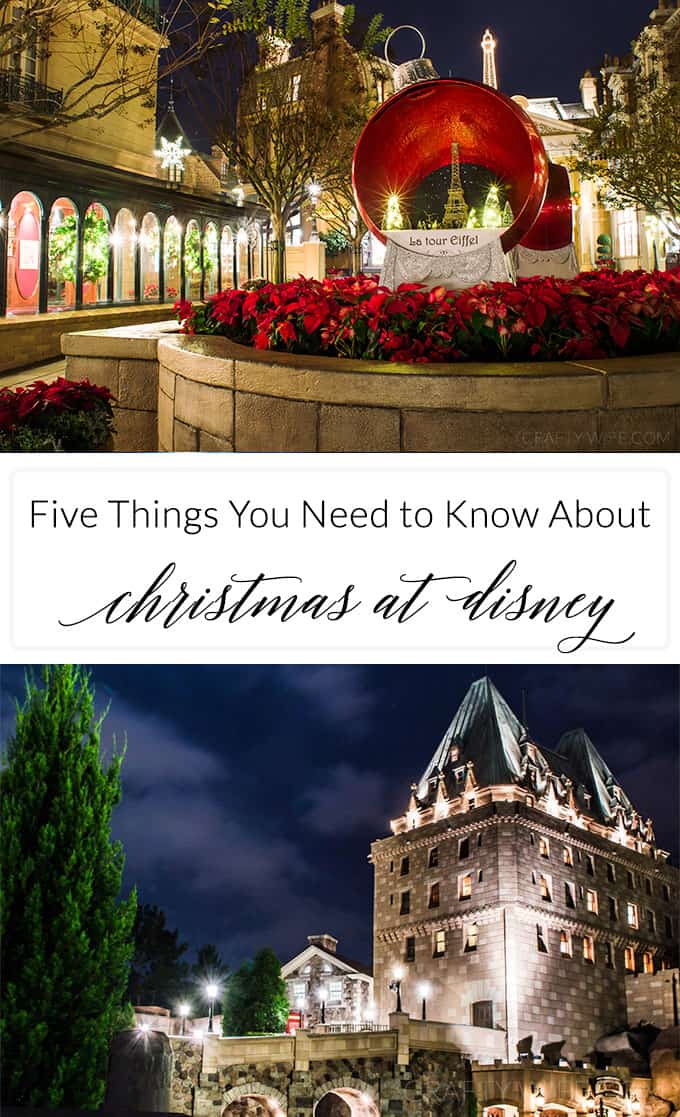 There is honestly nothing better than kicking off the holiday season at the happiest place on earth.  At least, not for me.  I know a few people who would argue that scoring a great deal on Christmas gifts is better.  Sorry, but my happy place includes a rather large mouse and adults dressed as Princesses.  To each their own I guess.

That’s neither here nor there though.  We’re talking about why Christmas at Disney freakin’ rocks!  And what you need to know before you go.

It may not start as early as some stores do (I’m looking at you Hobby Lobby) but Christmas at Disney does start fairly early.  If you’re there between Halloween and the first week of November you’ll see the Halloween decorations one day and Christmas the next!  That’s because Disney starts celebrating all things holly and jolly on the 1st of November and it doesn’t end until around January 3. 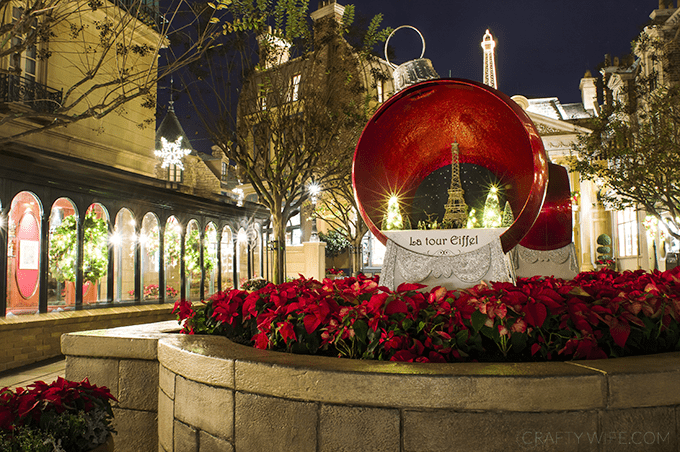 It’s not just the parks that deck their halls

Disney definitely goes all out for the holiday season, and one of my favorite things to go and do is to look at all the beautiful decorations they put up in the resorts!  If you can, take the monorail loop around the Magic Kingdom resort area and spend some time checking out all the Christmas decorations.  And, if you have extra time, take a boat over to the Wilderness Lodge and get some pictures of their Christmas tree!  It’s one of my favorites.

While I’m a sucker for all the good food and drinks at the Food and Wine Festival, there are two things they don’t offer that we can’t live without.  I drink way too much peppermint schnapps hot chocolate and snack on peppermint bark, and Chris has a slight addiction to the gingerbread ice cream (go to France, you won’t regret it).  No wonder my pants don’t fit when we get back from Disney….

My absolute favorite thing to is drink my schnapps while listening to Voices of Liberty Christmas Carols at the American pavilion or, (if they’re done for the day), watching the Candlelight Processional right across the way.

Bust a move, embarrass your kids

I’m super sad to say that my favorite Christmastime event left Disney World last year.  The Osborne Spectacle of Dancing Lights retired last season, and I’ll admit I shed a few tears over the news.  Nothing starts the Christmas season like a bunch of lights dancing to the Trans-Siberian Orchestra.

Fortunately Hollywood Studios is getting a brand new holiday show this year, called Jingle Bell Jingle BAM.  It’s a light projection show that will be projected onto the Chinese Theater, and it looks awesome!  It starts November 14th, so if you’re heading to the parks for Christmas don’t miss the show!  We personally can’t wait to see it! 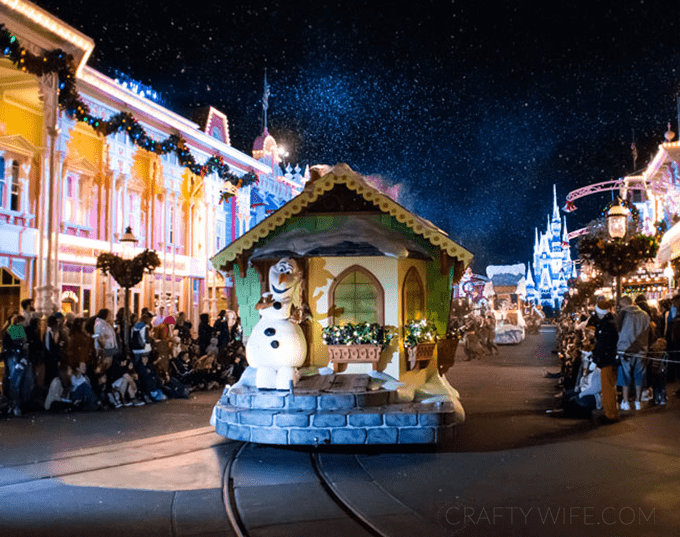 The weather gets freaky

That’s right, it gets downright weird in Florida during Christmas y’all.  It actually snows!  If you snag tickets to Mickey’s Very Merry Christmas Party it snows on Main Street!  And if you catch the Osborne Spectacle of Dancing Lights you’ll get caught in a snowstorm as well.  The kids love it and the parents….well, we not-so-secretly love it too.

We love Christmas at Disney and I never feel like the season has truly started until we’ve visited the parks during the holidays!

Have you ever been during Christmas at Disney?

I create easy-to-follow craft tutorials to help you build confidence with your Silhouette Cameo and make projects that bring you joy. END_OF_DOCUMENT_TOKEN_TO_BE_REPLACED