It’s almost time for the second We’ve been anxiously counting down the days to the Disney Infinity 2.0 release ever since it was announced earlier this year. Chris and I have been big fans of Disney Infinity since its initial release last year, and it has become a great way for us to unwind at the end of a long week.

Disney has done a fantastic job creating a game that is both pleasing to adults and children, truly making a video game that is “fun for the whole family”.  Being able to immerse myself into my favorite Disney movies has been a fun and exciting way to experience them like never before.  And once Chris found out that Disney Infinity 2.0

included all things Marvel, it was all he could talk about.  For months all I heard were updates about the game, what he was looking forward to, what playset he couldn’t wait to play, and more.  I even got the occasional “have you heard the news?!” texts during the day when new game information came out.  Honestly, I could think of no one better to tell you about all things Disney Infinity than Chris. 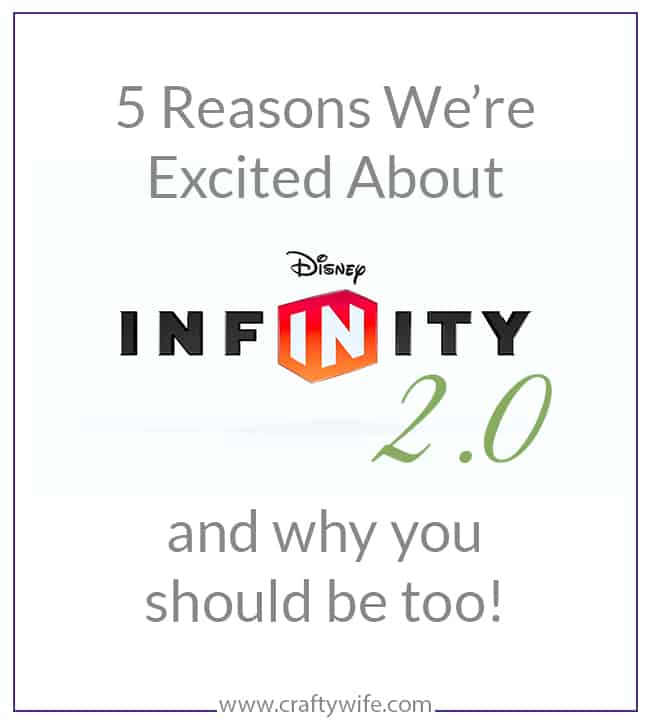 1. It’s Marvel! Seriously! Now that Disney has bought the rights to Marvel and Star Wars franchises it opens up amazing possibilities. How cool will it be when we can eventually play Mace Windu and Nick Fury in the same game (both characters are played by Samuel L. Jackson). In 2.0 we have the first merging of these two different worlds.

2. New ways to play with power discs. In 1.0 power discs were usually power ups to increase damage or reduce damage taken. In 2.0 the power discs have 2 new main reasons to use them, team-ups and costumes. The team-ups allow you to receive help from some of the other non-playable characters like the Winter Soldier, Iron Patriot, or Ant-Man (who’ll have his own movie in the near future). The costumes on the other hand allow you to change your character into other versions, such as Symbiote Spiderman or Gray Hulk, but also affects Disney characters such as Sandy Claws version of Jack Skellington

or Cursed Pirate Gold Jack Sparrow (from the first Pirates of the Carribean).

3. Procedurally generated worlds. One of the problems with the 1.0 Toy Box was that world tended to feel fairly empty unless you put in a lot of work to build them out or started with one of the premade worlds. Now, with procedural generation, it’s easier than ever to build a giant tree house or frozen world.

4. More tools to create customizable games. Avalanche has taken advantage of the additional tools to build new type of games. Two styles of games, Dungeon-crawler and Tower Defense games will be possible. Tower Defense style play is one of my favorite types of games and the ability to play as Iron Man or Gray Hulk while Teresa plays as Elsa

is one of the most exciting things for me.  These games are only available in Toy Box mode.

5. Talent Trees. This allows for strategic depth more generally for adults. Allowing for customization of abilities and power-ups allows for changing gameplay based on the style of the players.

And, in full disclosure of being fair, here are a few things Teresa and I think Disney Infinity lacks.

1. Disney Princesses. Unfortunately, most of the major characters to be thrown into the game revolve around new movies or TV shows. While this allowed the Frozen characters to be involved in 1.0 and will see Merida and Jasmine in this game, there’s no playset for these characters.  This means that, if we want to play these characters, we have to build our own worlds and challenges in the Toy Box mode instead of having one provided to us by Disney.

2. The ability to play characters from different movies in the same playset.  For example, if you are playing in the Pirates playset (available on Disney Infinity 1.0), you cannot play any non-pirate character (ie: Rapunzel, Elsa, etc.) in that game.  I’d like to see Disney incorporate software that allows us to play all the characters in whichever playset we wish after we unlock the world by beating it.

Disney Infinity comes out on Tuesday, September 23rd and if you can’t get a hold of us we’re probably vegging/geeking/gaming out in front of our tv.  Will you be joining us?

For more information on the game, here is a video the creators of Disney Infinity put together to explain the new features in DI 2.0.

DISCLOSURE: I was not compensated for this post in any way.  I am only writing about Disney Infinity because it is a product that my family loves and I want to share this love with all of you!  I will receive a small commission if you click on any of the links though!

I create easy-to-follow craft tutorials to help you build confidence with your Silhouette Cameo and make projects that bring you joy. END_OF_DOCUMENT_TOKEN_TO_BE_REPLACED