I have a confession….I am so not over Disney’s Frozen.  Ever since it came out last year I have been mildly obsessed with it.  And it seems like the folks at Disney are all too ready to cash in on the Frozen obsession that has swept the nation.  Over the summer at Hollywood Studios they had a Frozen Fireworks show (which we sadly missed) and the For the First Time in Forever: A Frozen Sing-Along Celebration, both of which I heard were must-sees.  Luckily, we were able to catch the sing-a-long before the show ends (which is rumored to last at least through the holiday season) and I am so glad we did! 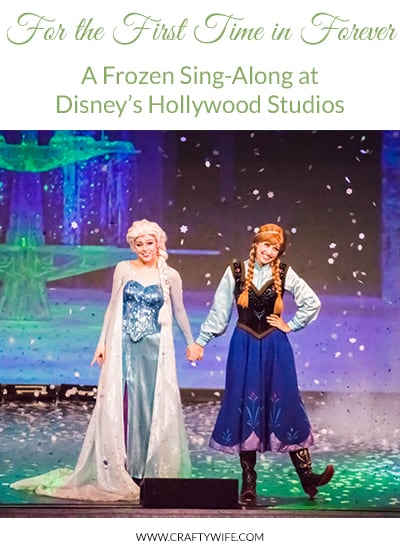 For the First Time in Forever: A Frozen Sing-Along Celebration is located at the Premiere Theater towards the back of Hollywood Studios.  Seats are limited and there are Fastpasses available, so you should definitely book them if you want to see the show.  The first time Chris and I went we sat in the very back (thank goodness for a long-range camera lens!) and the second time we used a Fastpass to sit in the front.  Using a Fastpass was well worth it, I promise!

At the beginning of the show, they announce Queen Elsa but no one can find her.  So Anna heads out to look for her and leaves the audience with the royal historians.  The Royal Historians of Arenndelle were such a great part of the show and they were hilarious!  Some of their jokes were above the little one’s heads, but us adults were cracking up throughout the entire show. 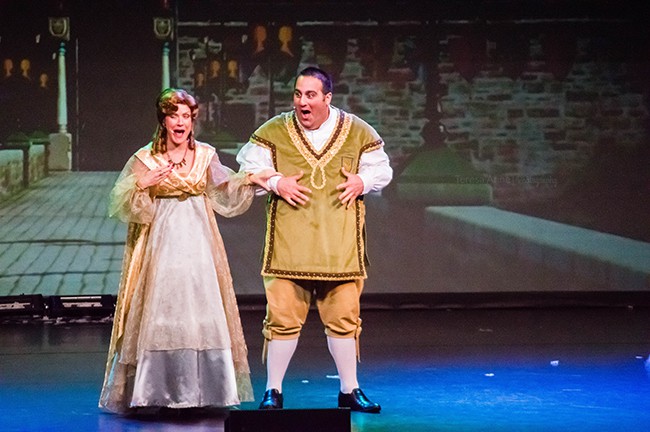 They also made fun of Kristoff, which was hilarious because this guy was terrible.  I mean, he was so bad.  Monotone voice, absolutely no personality, it was just sad to watch him.  But the royal historians made watching Kristoff bearable!

Towards the end of the show, Anna and Kristoff joined the historians on stage as they waited for Elsa to join them.  Anna was absolutely adorable.  I think she was my favorite person in the show, and if I’m being completely honest she is my favorite person in the movie as well. Anna is just so goofy and the woman who played her in the show was perfect for the part. Chris and I thought she was great. 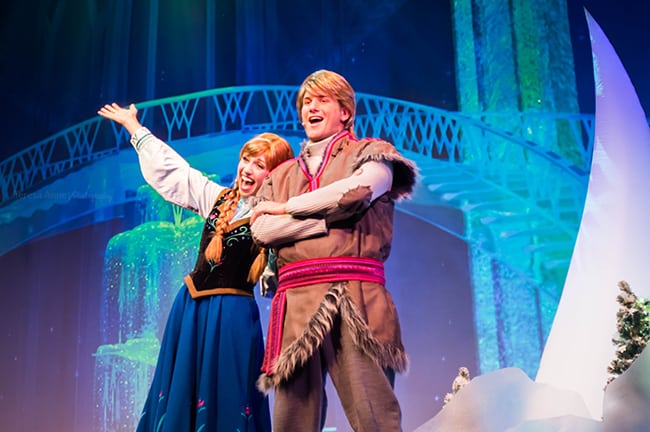 When Elsa finally came on stage you could feel the excitement in the room.  All of the little one’s were so excited to see her, and the little boy behind us the second time we saw the show just kept screaming her name.  It was so fun to hear how excited everyone was. 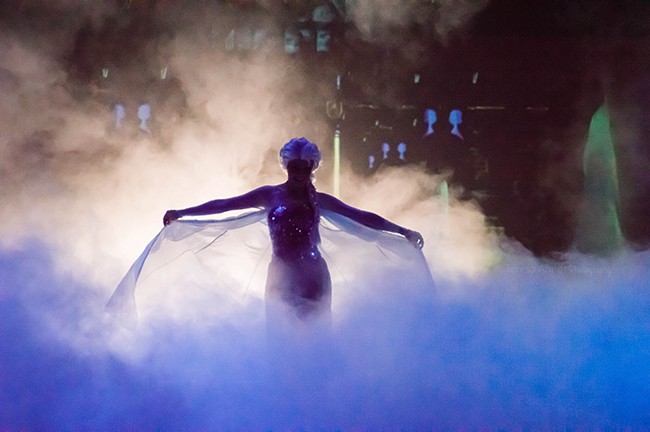 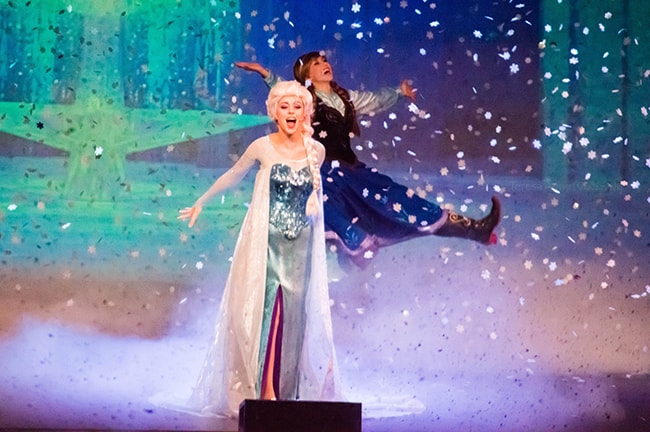 The show was so fantastic.  Chris laughed at me for the rest of the night because I was singing all the songs just as loud as the kids around me.  I mean, how often do you get to belt out your favorite Disney songs in public?  Not often.  So of course, I took advantage of the opportunity!

It was a great show and I am so happy we saw it!  I’ve heard it’s going to run through the end of the year so you still have time to see it before it’s gone! 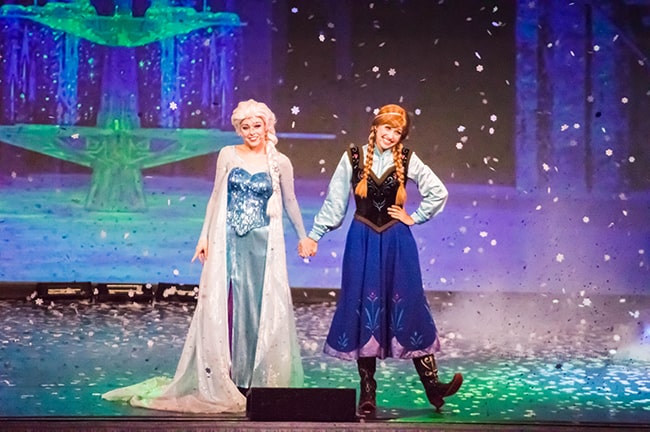 Have you seen the Frozen Sing-Along at Hollywood Studios yet?

I create easy-to-follow craft tutorials to help you build confidence with your Silhouette Cameo and make projects that bring you joy. END_OF_DOCUMENT_TOKEN_TO_BE_REPLACED