Keeping on with the Disney bucket list post I had going on earlier this week, I thought it would be fun to write down all the stuff I won’t ever do while at the parks. 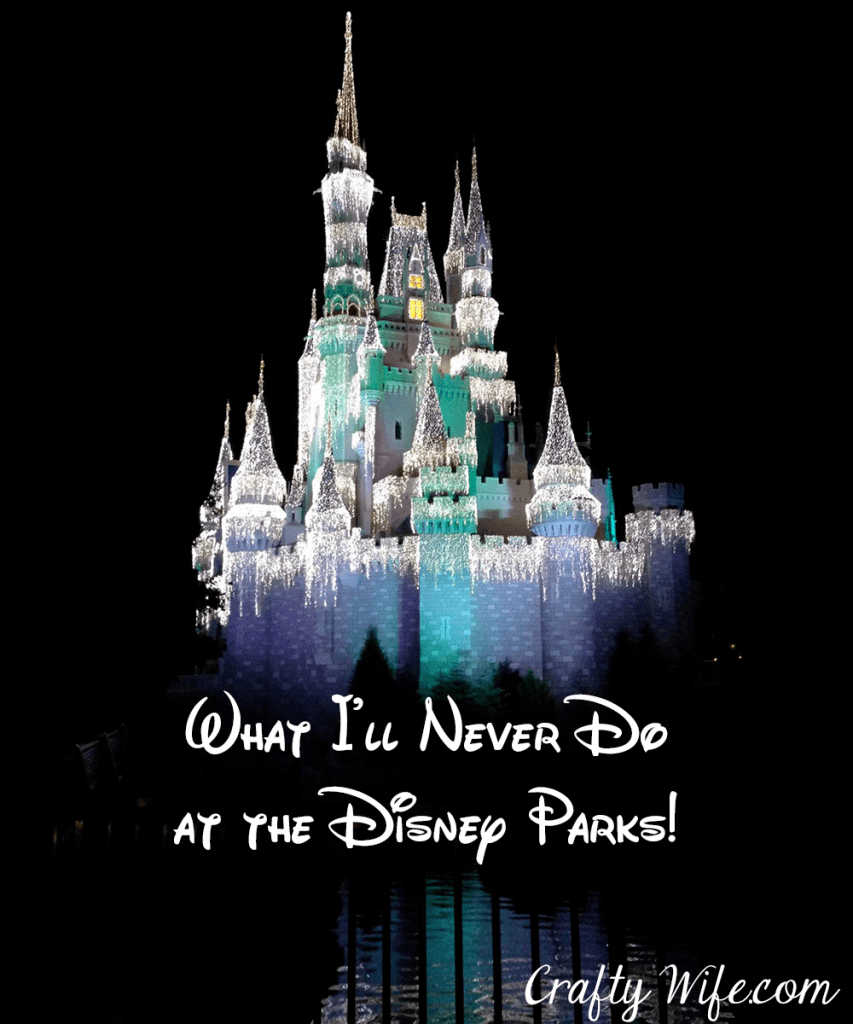 So, are there any things you would never do at the Disney parks?  Or are you willing to try anything when you’re at the happiest place on Earth?

I create easy-to-follow craft tutorials to help you build confidence with your Silhouette Cameo and make projects that bring you joy. END_OF_DOCUMENT_TOKEN_TO_BE_REPLACED